Title: All American Christmas Carol
Year of Release: 2013
Available On: Netflix and Hulu Plus (as of 11/15)
Rating: 2 out of 5 Jingle Bells 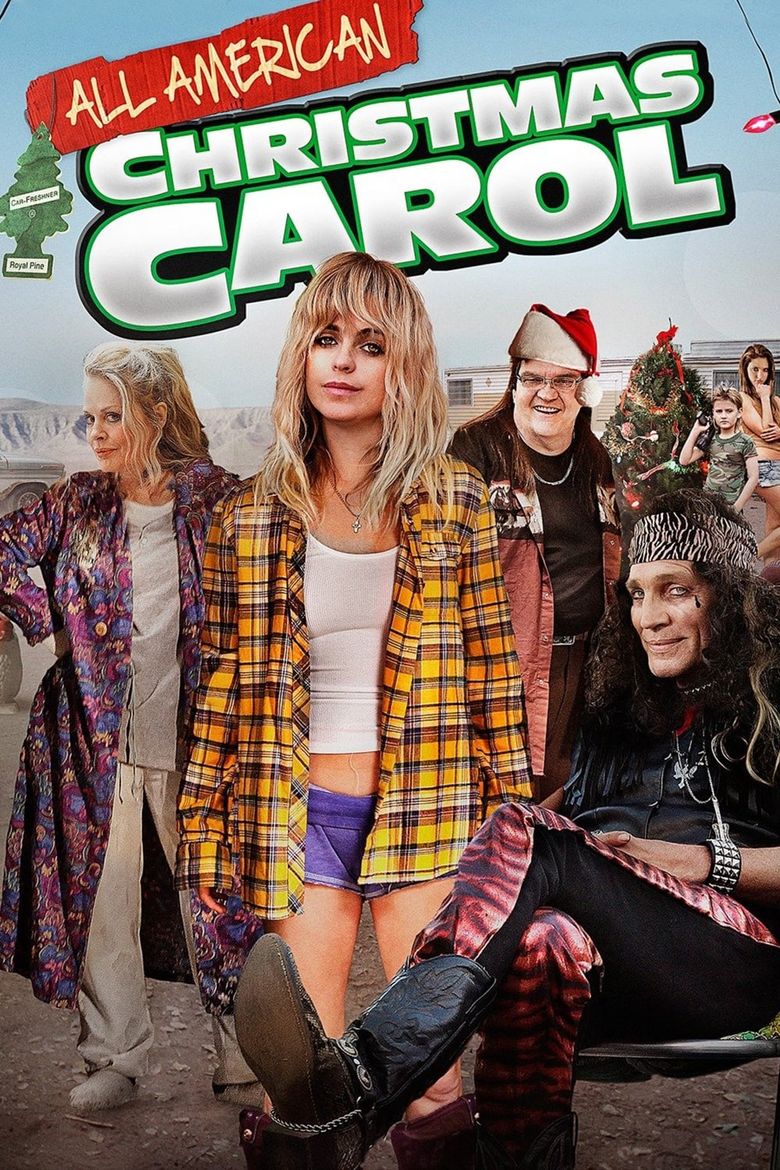 You’ve seen A Christmas Carol? Or at least, you’re familiar with the story? This is trailer park Christmas Carol. It includes such gems as, “Our trailer don’t have a chimney.” One of the ghosts was shot in the eye with a paintball. The other is an aging 80s hair rocker named Constantine. Our dear Pennsatucky, or as she’s known in this movie, Cindy (Taryn Manning), is checked out of her life and not much of a mother to her three kids. She’s not an admirable character, even if you don’t judge women for being promiscuous (which I do not, because it’s none of my business). When Cindy finds out her Ghost of Christmas Past (Spencer Locke) is a 17-year old virgin who doesn’t drink, Cindy promptly feeds her beer and insists she needs to “loosen up.” When poor Christmas Past is sick and throwing up after over-doing it, she wails, “I’m a bad, bad ghost… You didn’t learn poop from me, you’re hopeless!”

Sidenote: Cindy named her first kid Harley. Harley’s father is the first ghost, the paintball-in-the-eye guy, and his name is Jake Marley… meaning she named her child “Harley Marley.” Her other kids are named Skoal and Cheese Doodles, so perhaps Harley Marley isn’t so bad.

As you can probably tell, there are a lot of offensive “white trash” jokes. A lot a lot a lot. I’m not sure exactly when people living in extreme poverty became hilarious?

So you could wear that to the Sizzler… or to the prom. –Marjorie

There are some good, weird, supporting actors: the girl from Roswell (Shiri Appleby) as Pam, the one and only Meatloaf – of whom I happen to be a big fan, though I could take him or leave him in this roll – Deputy Clementine Johnson (Wendi McLendon-Covey) from Reno 911 plays the irritating sister-in-law, and Eddie Jemison is Cindy’s brother, Bob. You know Eddie Jemison, of Oceans 11, you’ve seen him in a million things and you know his face. In Carol, he is the schlumpy but kind uncle and brother who tries to keep his sister in line and clean up her messes and almost loses his wife in the process.

Instead of Tiny Tim Cratchet, it’s small, nerdy Tim, Cindy’s nephew. At the end of AACC, Tim appropriately exclaims, “This is one badass Christmas!” To which his mother hisses, “Tim, watch your language.” Then they all hug, the spirits celebrate, and I feel kind of glad that it’s over.

Literally ONLY watch this for the modicum of amusement that the B-list favorite actors provide. I’m talking mild amusement.