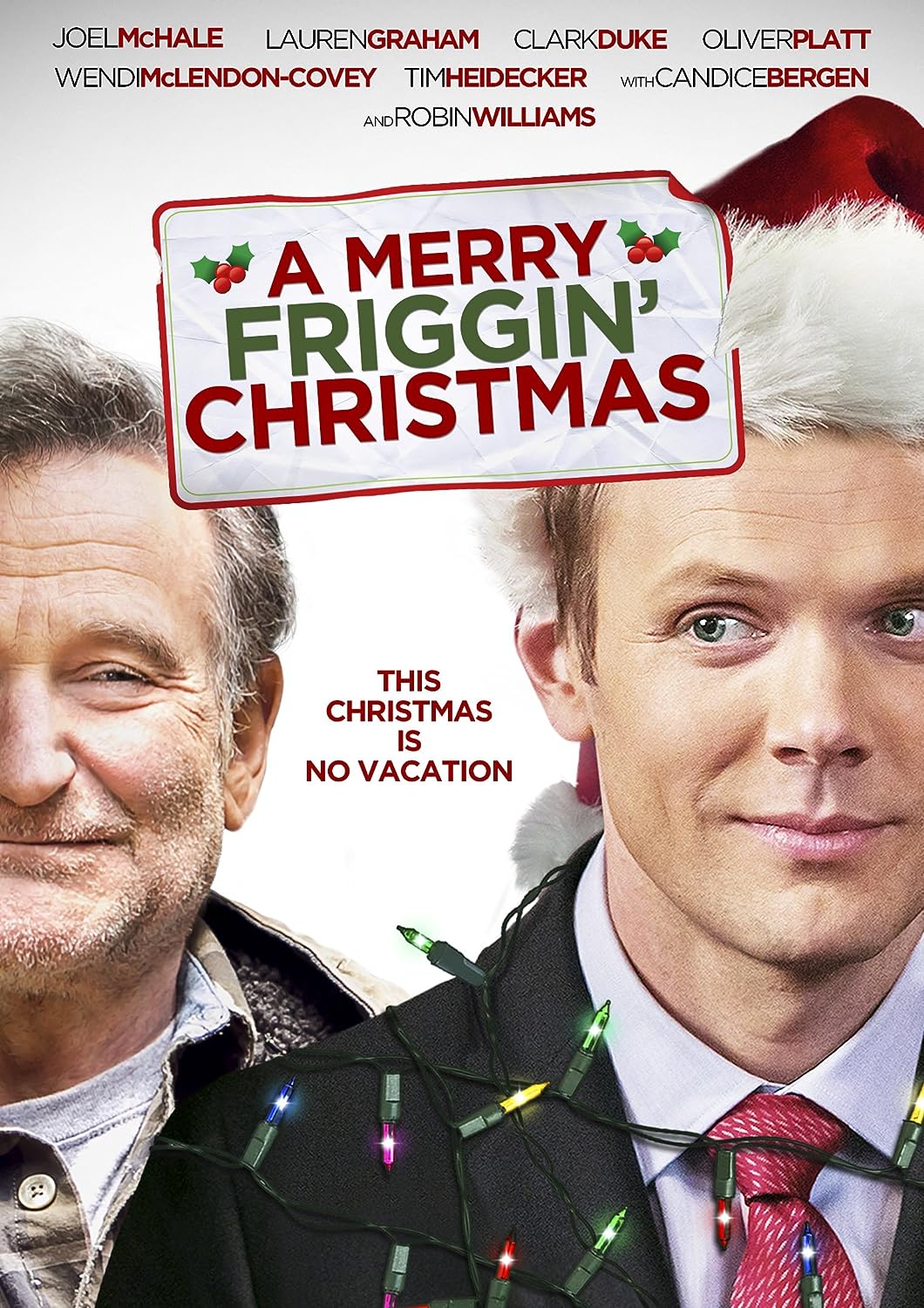 Joel McHale and Lorelai Gilmore (ok ok Lauren Graham) are the parents in this movie, Boyd and Luann. Because of these two, there are some **adult themes** almost immediately. McHale plays his usual dill-hole with some endearing characteristics. It also stars Robin Williams as McHale’s disturbing, rough-around-the-edges father, who is married to Murphy Brown (ok, ok, Candace Bergen).

Virgil/“Mitch”: We’re not National Geographic and they’re not bonobos.
Donna/“Deedee”: Having my family here means everything to me, so stop being such an A-hole and go look for my g.d. camera.

This is the second Christmas movie I’ve watched with dear, dear Robin Williams, and apparently this was the first movie released after Robin’s death. [sad face] It’s also really hard to watch because Mitch, the dad, is a really sad character who makes my heart hurt. This is one of the Christmas movies where an estranged parent and child need to reunite.

Things I did not love: weird Mexican jokes; weird anti-immigrant shit; liberal use of the r-word by the younger cousin, Rance (Ryan Lee); and Joel McHale. I dislike Joel McHale almost entirely, he seems like a terrible person.

This is NOT a family movie. I don’t know what the hey it is rated, but it should probably be R. Did I say adult themes already? This movie was good and I would watch it again another time. Good acting, good themes, decent story, Basically: I dig it and it’s worth watching and it will warm your heart.