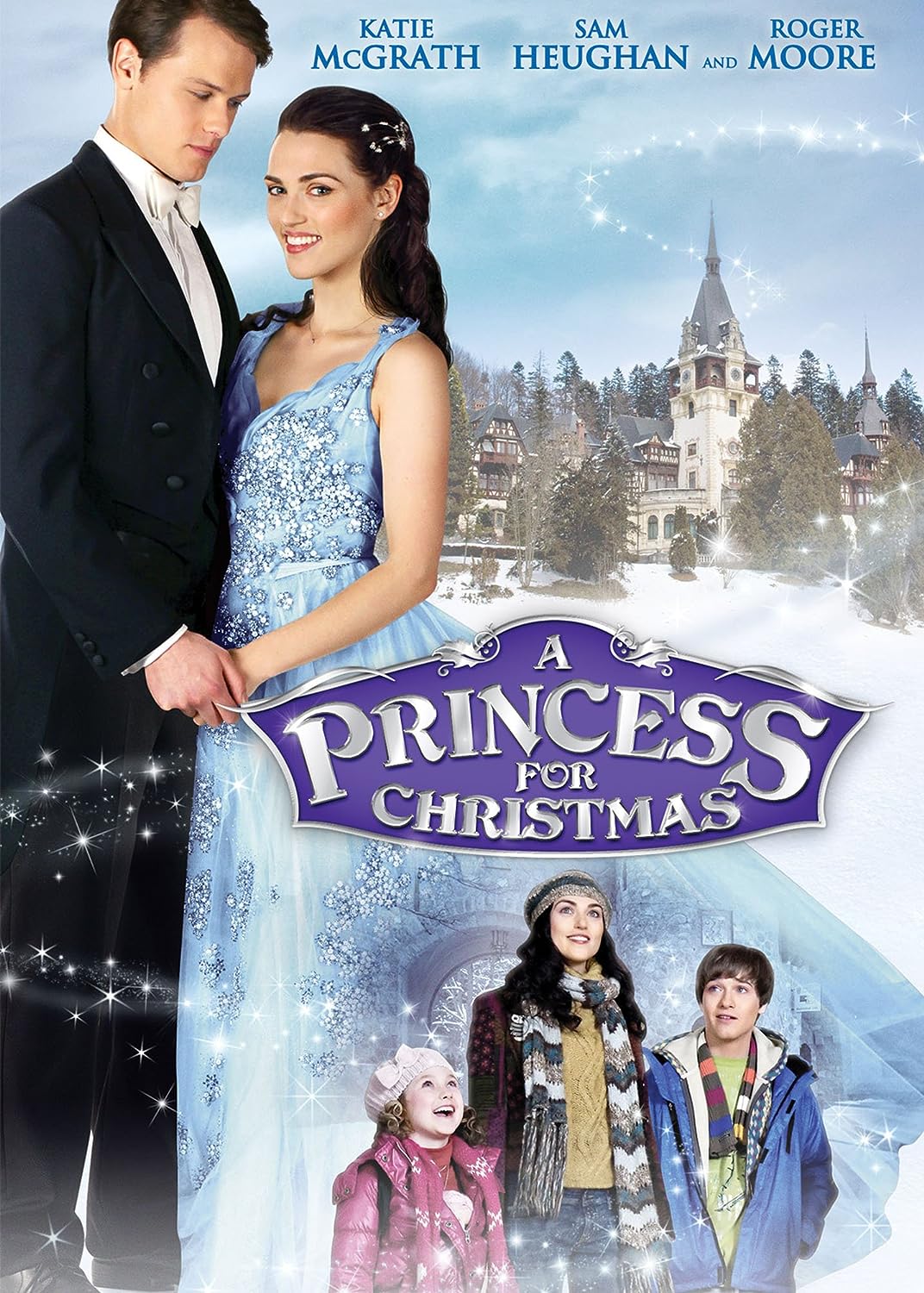 There’s something you should know about your reviewer before you read this particular review. What you need to know is this: I love Outlander. Maybe you don’t want to read my reviews anymore – or maybe now you trust me more. Who can say. But it’s pertinent to this review because Sam Hueghan, who plays Ashton in A Princess for Christmas, also plays Jamie Fraser. If Sam weren’t in this movie, it’d still be a solid three outta five. But because he is? We’re up in full Jingle Bells territory. Because I love him. I don’t care if you don’t!

This movie actually has some pretty big names in it. Roger Moore being the biggest. “Bond, James Bond” gives a solid if predictable performance as the uptight and grieving royal patriarch. The female protagonist, Jules, as played by Katie McGrath, has also gone on to do respectable, recognizable work in Merlin and Jurassic World.

The plot to Princess is obvious from the get-go, but it’s enjoyably done. Free-wheeling but hardworking American auntie who is caring for her sister’s orphaned children wins over stodgy British in-laws for Christmas. I was suspicious of something in McGrath’s speech the entire movie and then realized afterward that it was because she’s not actually American. The accent is well done, actually, there’s just something about how she uses slang that seemed hokey at the time and now makes more sense as simply unfamiliar to her. And Hueghan does well enough for me to pass as British as opposed to Scottish, but then again, don’t test me.