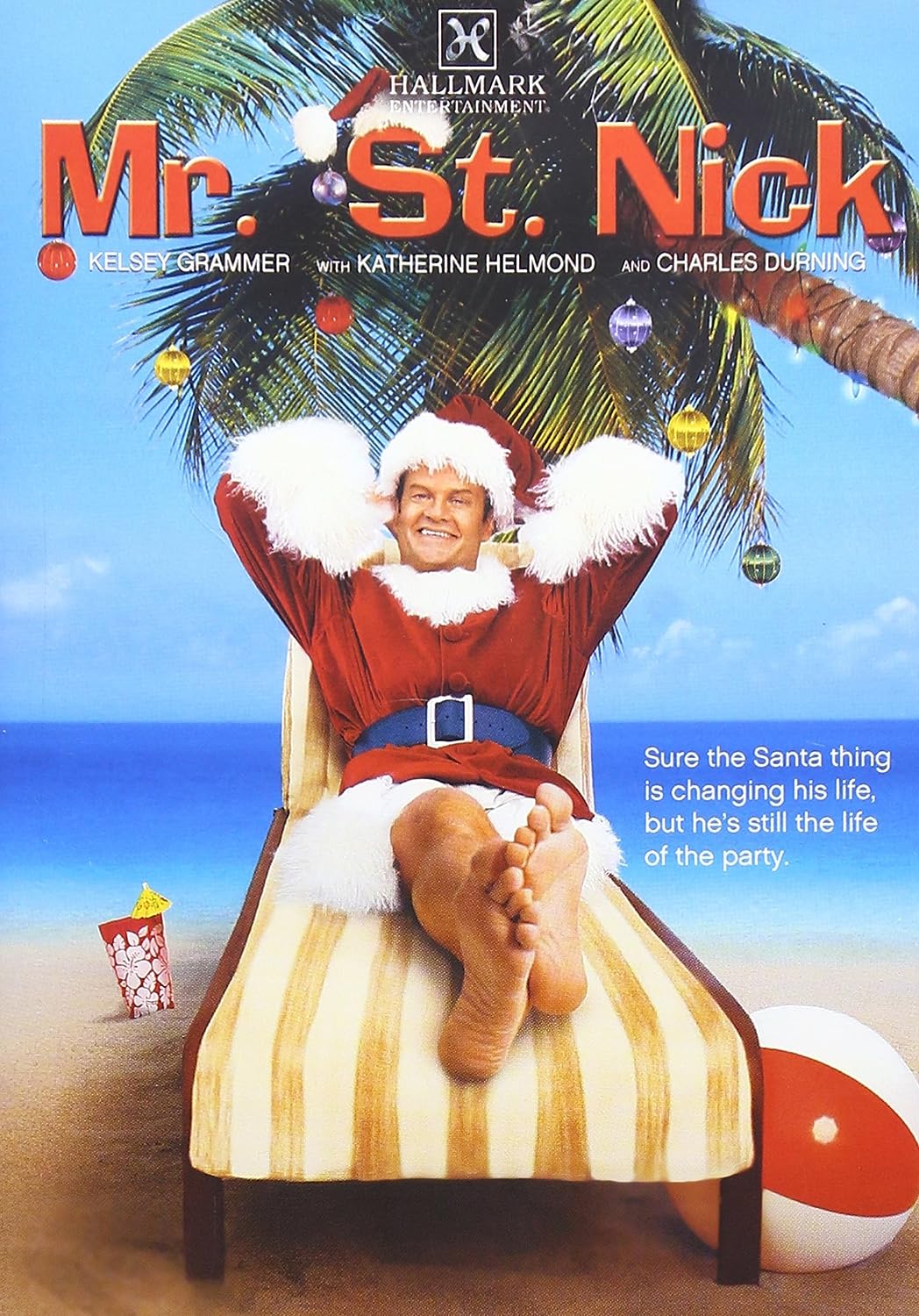 This movie is 14 years old and Kelsey Grammar was still too old to play this character. There’s a charm to him, admittedly, but even by the time he was to have made his full transformation to Santa-fied, it’s difficult to see Grammar as Santa Claus. So he’s not really my type, I guess, but it wasn’t super-believable that a man of his stature and age would be on the cover of magazines as a most eligible bachelor either. And poor Elaine Hendrix! Has she ever played a good, kind character in her career? Always the snide and conniving female sidepiece. She’s great at it though, and hopefully she made enough of a living that she’s comfortable now.

The real gems in this movie are Wallace Shawn (The Princess Bride) as the wizard Mimir, Katherine Helmond (Who’s the Boss?) as Queen Carlotta, Charles Durning (Everybody Loves Raymond) as Santa XX, and the one and only Brian Bedford (the fox in animated Robin Hood, R.I.P.) as Jasper. That last one made my little heart sing, I tell you. Ooh de lally, ooh de lally, golly what a day. And Wallace Shawn is a goddamn treasure! He could make anything better and funnier, he does not disappoint with Mimir. These legends are made this movie bearable, as well as great costuming and a plot that moved along, even if it wasn’t totally original.

What about that plot? Nick St. Nick is a reluctant future Santa Claus who feuds with his father (Durning), the current Claus, about how the job should be done. Instead of taking the helm, Nick decides to ignore his responsibilities and hang out in Miami, where he meets the sheisty Heidi (Hendrix) and promptly falls in something resembling love with her. Meanwhile, he is becoming more and more “Santa” and his father is losing his powers, and everything is further complicated when Nick’s cook, Lorena (Ana Ortiz, Ugly Betty), and immigration police get involved. WILL THE TOYS BE DELIVERED IN TIME?

Problematic parts: there are some weird tropes and “jokes” about Latinx people and ICE. [A little too real after this week we have had.] Also Lorena is his servant, but so is Jasper (Bedford) and he’s British/an Elf? It’s a little icky, you should know that before you decide to watch it.