Title: A Bulldog for Christmas
Year of Release: 2013
Available On: Amazon Prime, October 2017
Rating: 1 out of 5 Jingle Bells 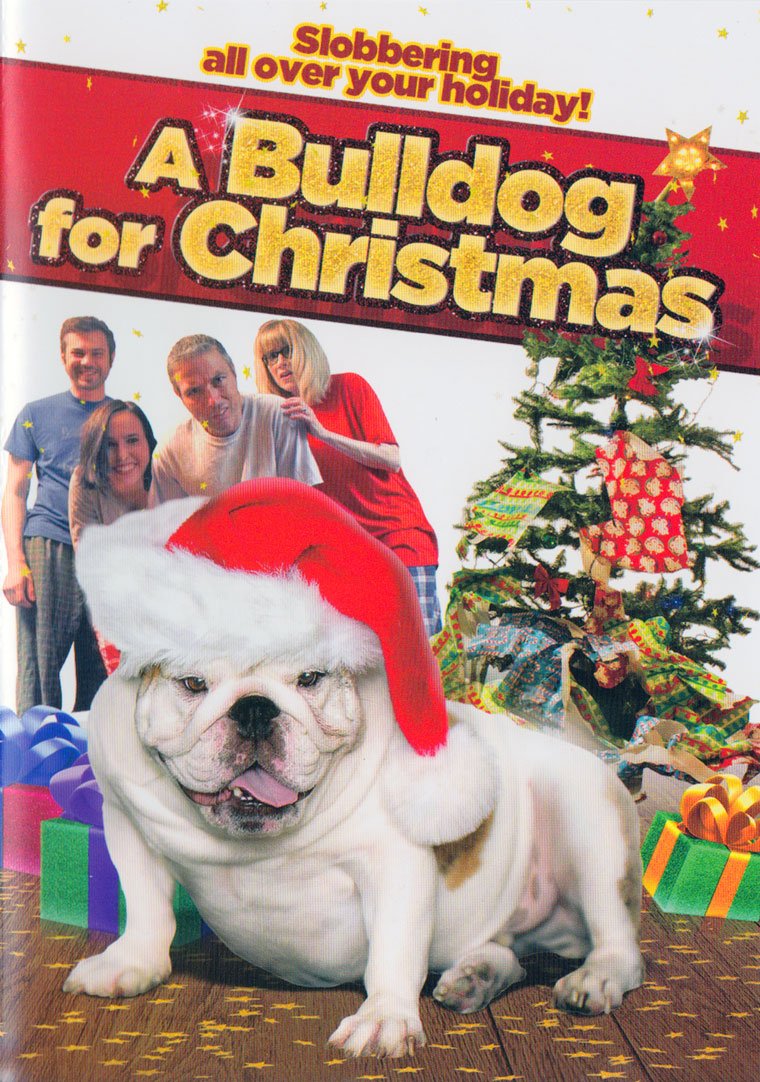 This is a very very low-budget film. The film quality is medium to low. The car rides taken by the family are lit strangely and though they appear to be sitting in a shell of a car, you can’t see anything outside the windows. They’re just rocking back and forth to simulate the movement of driving and has a certain “Blair Witch” effect. Some of the casting is a little unbelievable, i.e. certain actors are definitely not old enough to be playing the role they are playing but they happen to look a little older than some of their peers. It seems like someone polled their friends to see who would want to be in a movie and then just did the best they could. And the dialogue is, well, it couldn’t be much cheesier. The one IMDB user who deigned to review it said:

This was the best home movie I’ve ever seen. And that is exactly what this is… a home movie. It was literally filmed with one consumer hand held video camera. The shots/angles were bad, the lighting was bad, the sound was bad, and the actors were bad.

On top of all that, the one sister who is accused of “assassinating [their] Christmas” is really just punk and probably lesbian. Her family is being pretty awful. Yet she’s the bad guy of this plot line. Unless you truly take pleasure in watching terrible movies, I would avoid this one. I legit could not finish it, which is saying something for me.

Watch this interview of Sally / the bulldog / Marylee Osbourne instead, it’s much better than this movie: