Title: A Very Merry Mix-Up
Year of Release: 2013
Available On: DVD via Amazon
Rating: 3.5 out of 5 Jingle Bells 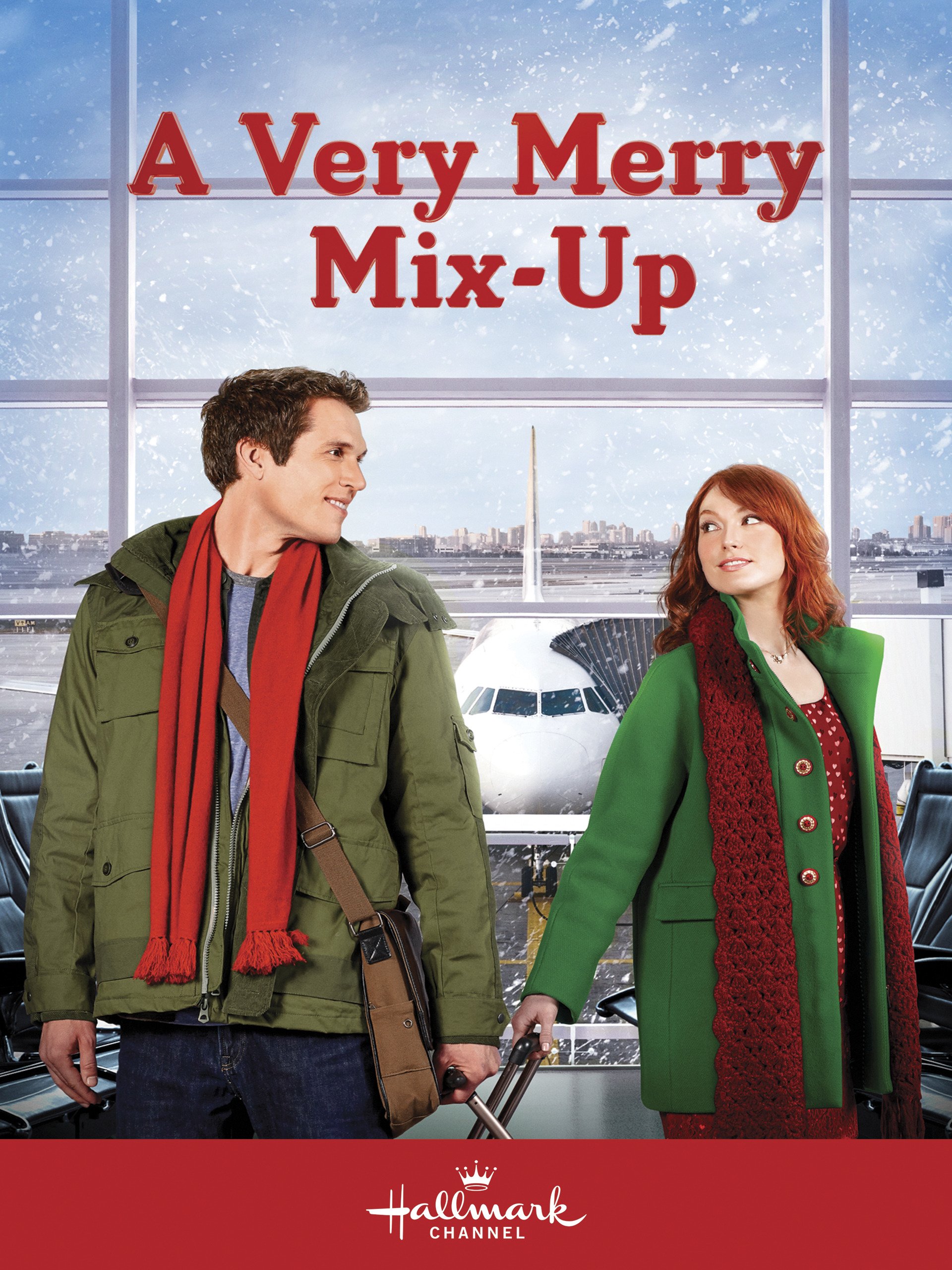 OMG the joke moment of this movie is the best, best, best thing ever. I don’t want to ruin it for you, but you will know what’s going to happen in the first 5-10 minutes. But the kicker moment is freaking amazing! I think just for that one moment, y’all should watch this movie.

This might be laziness, but here’s what ye olde Wikipedia has to say about the plot:

A beautiful antique store owner, Alice Chapman (Alicia Witt), travels to her fiancé’s home town alone to meet her future in-laws for the first time at their Christmas gathering. Her fiancé, successful realtor Will Mitchum (Scott Gibson), tells her he will join them after closing an important business deal. Upon her arrival at the airport, she discovers that her luggage is lost. While completing the necessary paperwork, she meets Matt Mitchum (Mark Wiebe), who is also filling out a missing baggage report. She is surprised to learn that Matt is the brother of her fiancé “Billy”. On their way to the family home, they get into a car accident and both end up in the hospital. Will’s mother and father arrive at the hospital and are surprised to learn that their son “Billy” is engaged, yet they quickly make Alice feel like a loved new member of the family.

Upward and onward, etc. As per usual, there are roughly 1,000 subplots, including one where Alice’s fiance is a scummy sales dude who doesn’t understand the intrinsic value of her father’s store and wants her to sell it. He doesn’t see any of her strengths – just what she could be if she would only listen to him. Dude has never even been to the park down the street from his childhood home! What kind of asshole weirdo is he?! This movie is solidly in Woman Almost Marries the Wrong Man But Eventually Sees the Light territory.

Anyway, you already know what happens, but don’t stress about that. The dialogue in this one is so poor. The acting is 6/10, even though I generally enjoy Alicia Witt and that’s why I asked for it for Christmas in the first place. I don’t know if it’s just my DVD player, but the picture was stretched all weird, too, though once I adjusted my brainspace that was no big thing. Technology hard. Y’all know how I feel about my Christmas musics, but this movie wasn’t anything too too special in that regard. Maybe a 4/10 on the musics. Sets and colors are very nice, 8/10. Really wonderful. The ending is horrible. Again, the dialogue is not the shining star of this movie.

Matt: So much for fate.
Alice: Maybe fate’s just something people made up to explain the way things worked out.