Title: Christmas in Hollywood
Year of Release: 2014
Available On: Netflix, November 2017
Rating: 1.5 out of 5 Jingle Bells 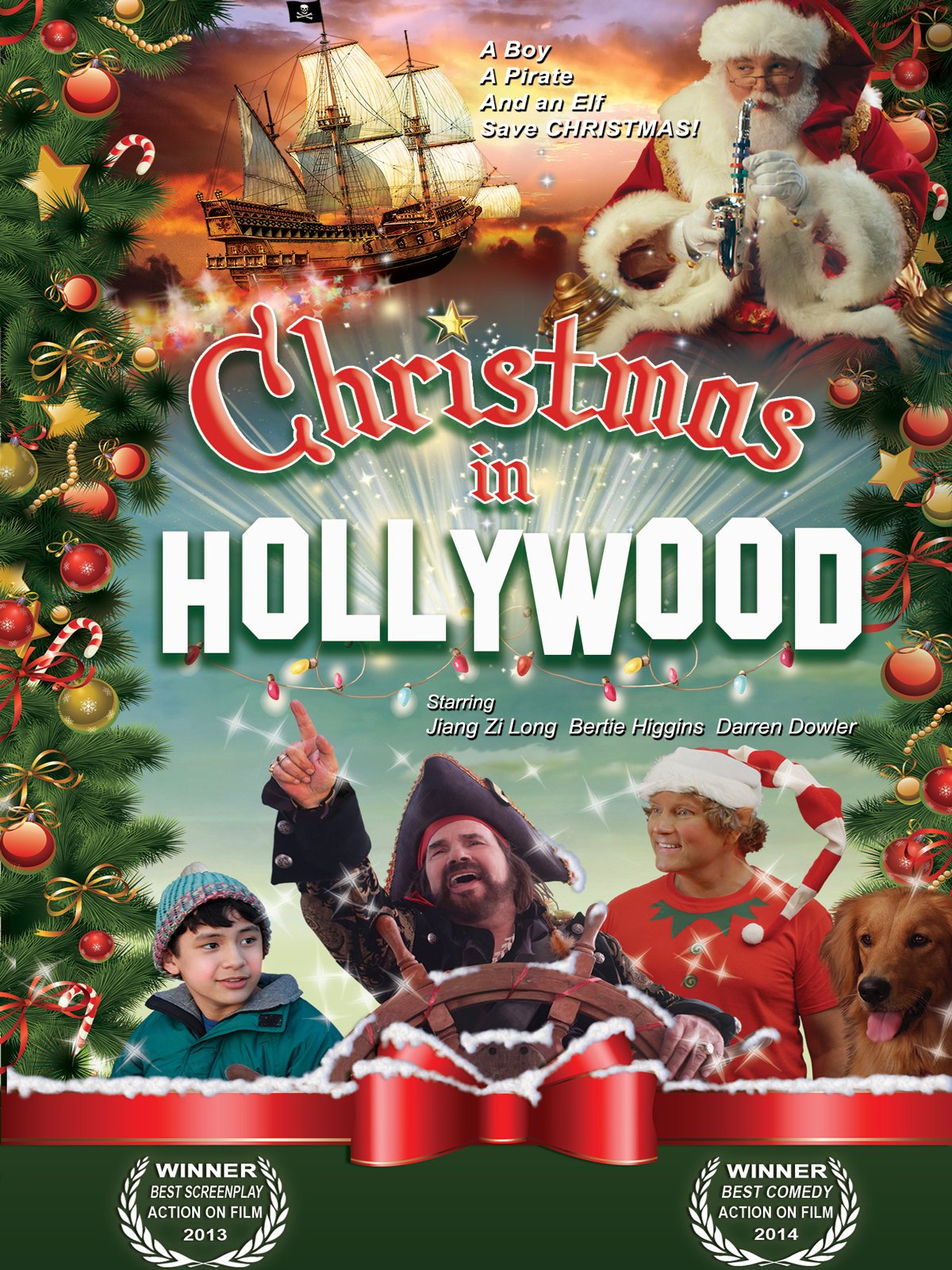 The dialogue in this film is 110% horrible from the get-go.

Shut up, Diana, you’re not even my real mom! – a real line in this movie.

Charlie relocates to Hollywood from China to live with his father and step-mom, Diana. Diana is a nice lady, but Charlie’s dad isn’t very helpful in facilitating their relationship. Charlie’s dad is late on loan payments for his restaurant and the super-evil capitalist asshole at the bank takes the restaurant away. Just in time for Christmas presents to be effected, dang!

Uncle Bart (Bertie Higgins), who annoyingly and exclusively speaks in a Yoda and pirate blend, promises to help Charlie help his father. The man for the job? Saint Nicholas, of course. But Charlie thinks he knows better and he doesn’t believe in Santa any more. Uncle Bart, meanwhile, shows Charlie the story of his expedition to the North Pole where he found “the jolly old elf himself,” became fast friends with him, and insists Charlie write Santa a letter about his problem. Imagine Charlie’s surprise when in the middle of his sleepover at Uncle Bart’s, Santa writes back. – Only he isn’t surprised until the morning, just grabs the letter and rolls over. Okeydoke, kiddo.

Joe Vega: Used to be in a gang, stole cars.
Charlie: That’s not very nice!

The motley crew of this movie includes an ex-con who is at odds with his family, an elf who is being punished for drunkenly crashing Santa’s sleigh into the Tower of London (played by Darren Dowler), and a doctor who works at the free clinic. Oh, and Charlie, of course, who is cute but ain’t much of an actor. Frankly, not many of them are.

Major, major points off for brownface on Dowler in the middle of the movie. How’re you gonna have a movie with all these POC and then put brown makeup on one of your white actors? Strong no. Emphatic no. It didn’t even move the plot forward – there was no point whatsoever.