Title: How Sarah Got Her Wings
Year of Release: 2015
Available On: Netflix, October 2017
Rating: 5 out of 5 Jingle Bells 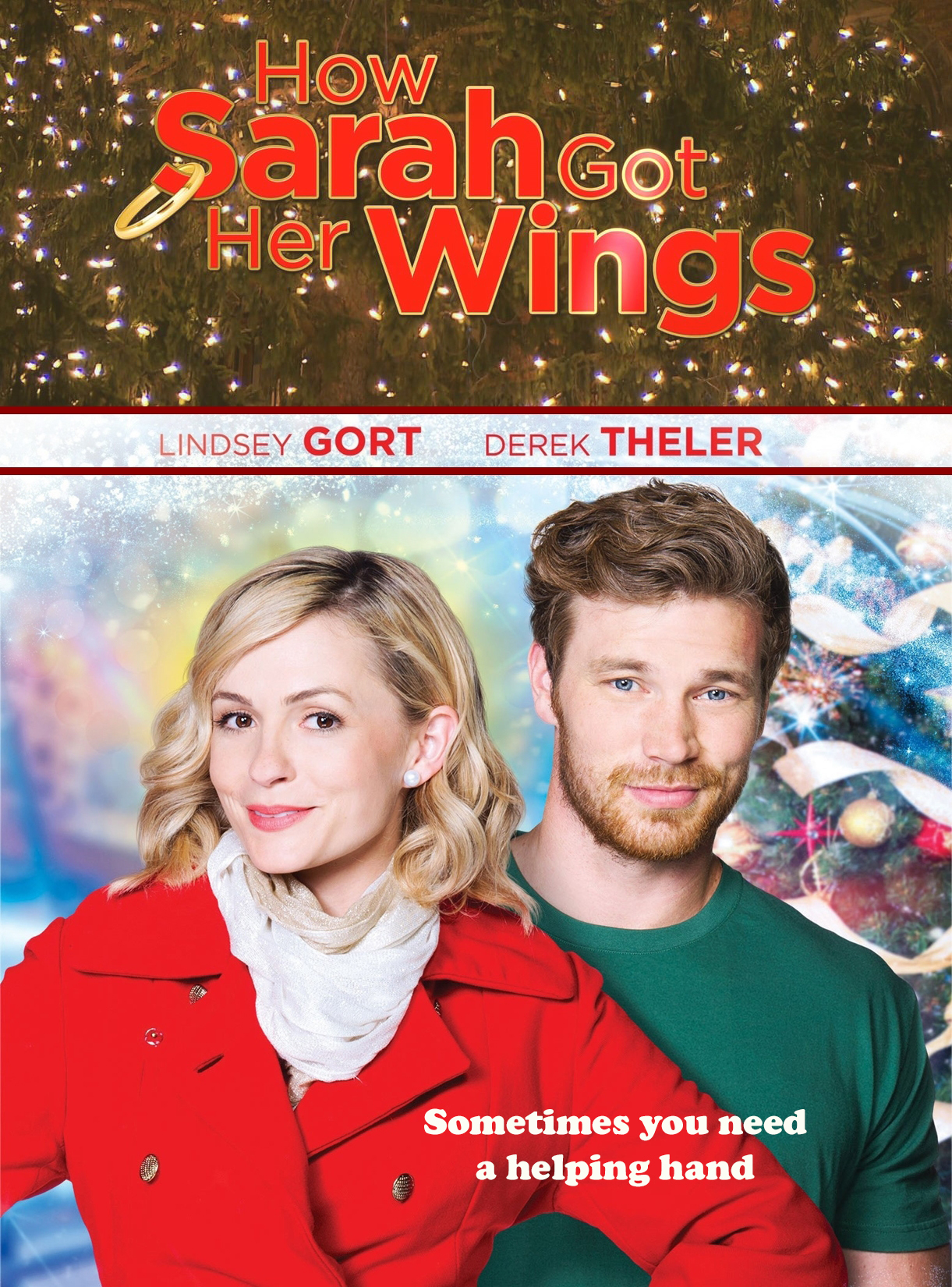 This is, to me, a pretty perfect Christmas movie. Derek Theler is adorable (and very tall), so I am automatically more into this than others that do not star a handsome tall fellow. But ok, first the production: it’s good. There is nothing about the way this movie was filmed that takes away from one’s enjoyment of the plot. (More than we can about many others, as you know.) Speaking of the plot, it’s pretty dang good! Sarah (Lindsey Gort) dies unexpectedly and is told she didn’t make it into heaven yet. In order to escape purgatory, she must return to earth and wrap up some unfinished business. But what business must be completed?! We’ll never know! Wait – yes, we will.

Sarah believes that she needs to make it up with her ex, Jordan, a thought that’s backed up by the fact that he’s the only one who can see her. On her limited timeline, she only has the 12 days until Christmas, Sarah meddles with Jordan’s life and ends up making a bigger mess of things than she intended. Meanwhile, Jordan actually could use some help with his love life, but is his dead ex-girlfriend pseudo-angel really the person to do it? Nonetheless, she has to figure out the puzzle or she will remain stuck in purgatory for all eternity! Stakes are high.

Notable performances by Kathleen Rose Perkins as Daphne the arch-angel who took over for Saint Peter, and supporting characters Amanda (Melanie Liburd) and Stuart (Jeremy Luke).

Does not pass the Bechdel Test, but again, do any of them? At least this one has a diverse cast, if nothing else. But it has so much! A little romance, a little comedy, engaging performances, believable sets, and just the right amount of Christmas magic. It also irreverently steals from other movies, which is just a thing I enjoy; it is apparently a nod to a Dolly Parton movie, Unlikely Angel? I’ll have to look that one up next.