Title: I’ll Be Home for Christmas
Year of Release: 1998
Available On: Hulu December 2017
Rating: 2 out of 5 Jingle Bells 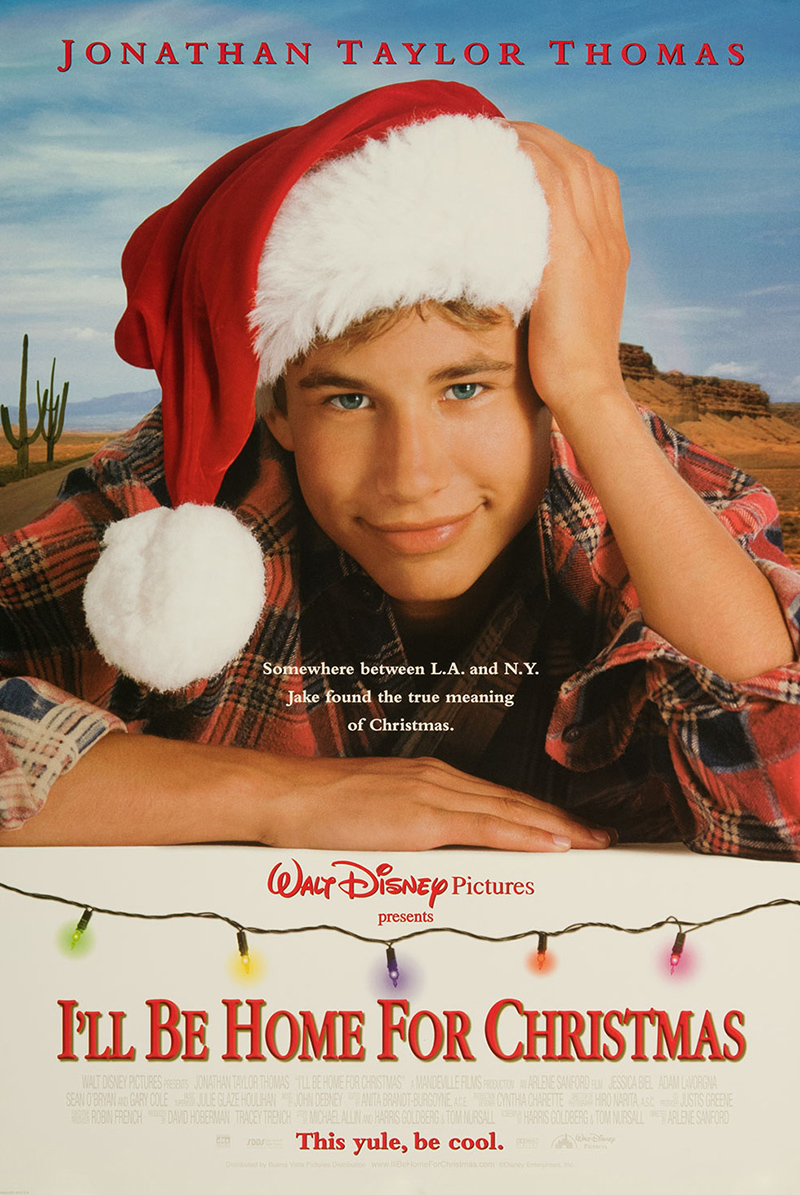 Jake Wilkinson (Jonathan Taylor Thomas) is an 18-year-old attending Palisades Academy. I guess it’s a college? It’s definitely a place full of spoiled people and Jake is kind of the spoileds. He has not been home for any holidays since his mother died and his father remarried. In order to bribe his son to come home, Jake’s father offers to give him his 1957 Porsche 356 if he is home by 6:00 p.m., Christmas Eve for dinner. Jake had traded in his tickets to New York City for two tickets to Cabo San Lucas to take his girlfriend, Allie (Jessica Biel), who is also from New York, but she declines because Christmas is about being with family not with your jerk boyfriend on the beach. Jake realizes he’s being a gigantic asshole and because he’s a manipulative reject, he trades the tickets back in for New York and Allie agrees to ride with him cross-country.

Eddie (Adam LaVorgna), Jake’s nemesis and rival for Allie’s (AS THOUGH SHE DOESN’T GET A SAY), and his trio of goons leave Jake in the desert dressed as Santa Claus as a punishment for one of Jake’s schemes going poorly. While Jake is stuck in the California desert with a Santa beard glued to his face, Eddie gives a reluctant Allie a ride to New York after she thinks Jake has bailed on her.

Jake has only three days to make it home if he wants the Porsche. Allie and Eddie continued for New York. Allie convinces Eddie to stay the night at novelty hotel in a Bavarian village. Allie and Eddie accidentally stand beneath mistletoe when a news anchor is reporting live. Jake sees Allie and Eddie kiss whilst waiting he’s sitting at a bus station. Jake, being Jake, figures out a way to get to the bavarian village and hijinks ensue. Eddie is still an asshole. And Jake the spoiled brat has to learn the true meaning of Christmas.

Well… do you think he’ll make it home in time?! From Wikipedia:

Roger Ebert described the film as Pleasantville made from “anti-matter”, saying the film is about “People who seem to be removed from a ‘50’s sit-com so they can spread cliches, ancient jokes, dumb plotting and empty cheerful sanitized gimmicks into our world and time.” He gave the film 1 out of 4 stars.