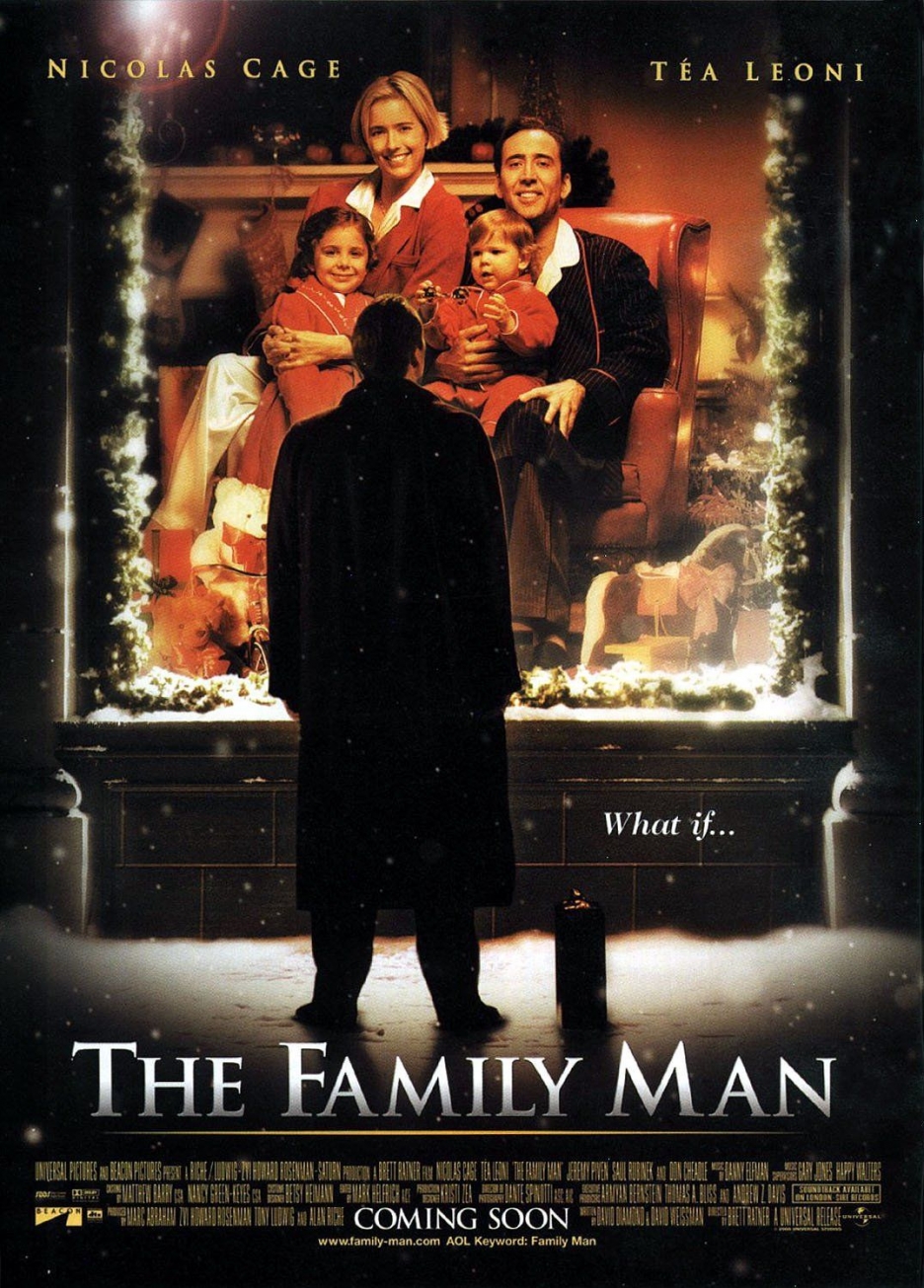 Jack Campbell is a high-powered dickhead who thinks he has everything he needs. But in truth, all he has is money and Capitalistic power. Sure, that’s a thing lots of boring cis white dudes want. But in this movie – and let’s face it, in real life – there are more important things, like friends, family, love, children, fulfillment. They released this movie 18-years ago, but it’s a tale as old as time, as a matter of fact it’s Charles Dickens’ A Christmas Carol with a modern twist. Or Freaky Friday without the switch. Or It’s a Wonderful Life, except Jack is a douchenozzle. In his case, he steps in when a convenience store is being robbed and Don Cheadle, the angel / devil of Christmas in this case, transports him via some strange magic into the life he would have had with his college sweetheart if he hadn’t screwed it up with her many years earlier. He calls it “a glimpse.”

You thought I was cocky and now I’m on a permanent acid trip? -Jack

Jack isn’t graceful about waking up in a different life like some people might be. He doesn’t metabolize the news well. He’s rude, he’s incredibly confusing to his poor wife,  he drinks too much, and his kids are the only people who kind of get it. Like most kids, they know when something’s up – and little Annie immediately knows there is something up with their dad. She’s not stupid!

Annie: Where’s my real dad?
Jack: I don’t know. But don’t worry, he loves you and I’m sure he’ll be back real soon.
Annie: They did a pretty good job.
Jack: Who did?
Annie: The aliens. In the mothership.

This isn’t a Christmas movie per se – it’s a movie that happens to take place at Christmas time and borrows from a very famous Christmas story.

This is actually… a good movie. And I freaking hate Nic Cage.