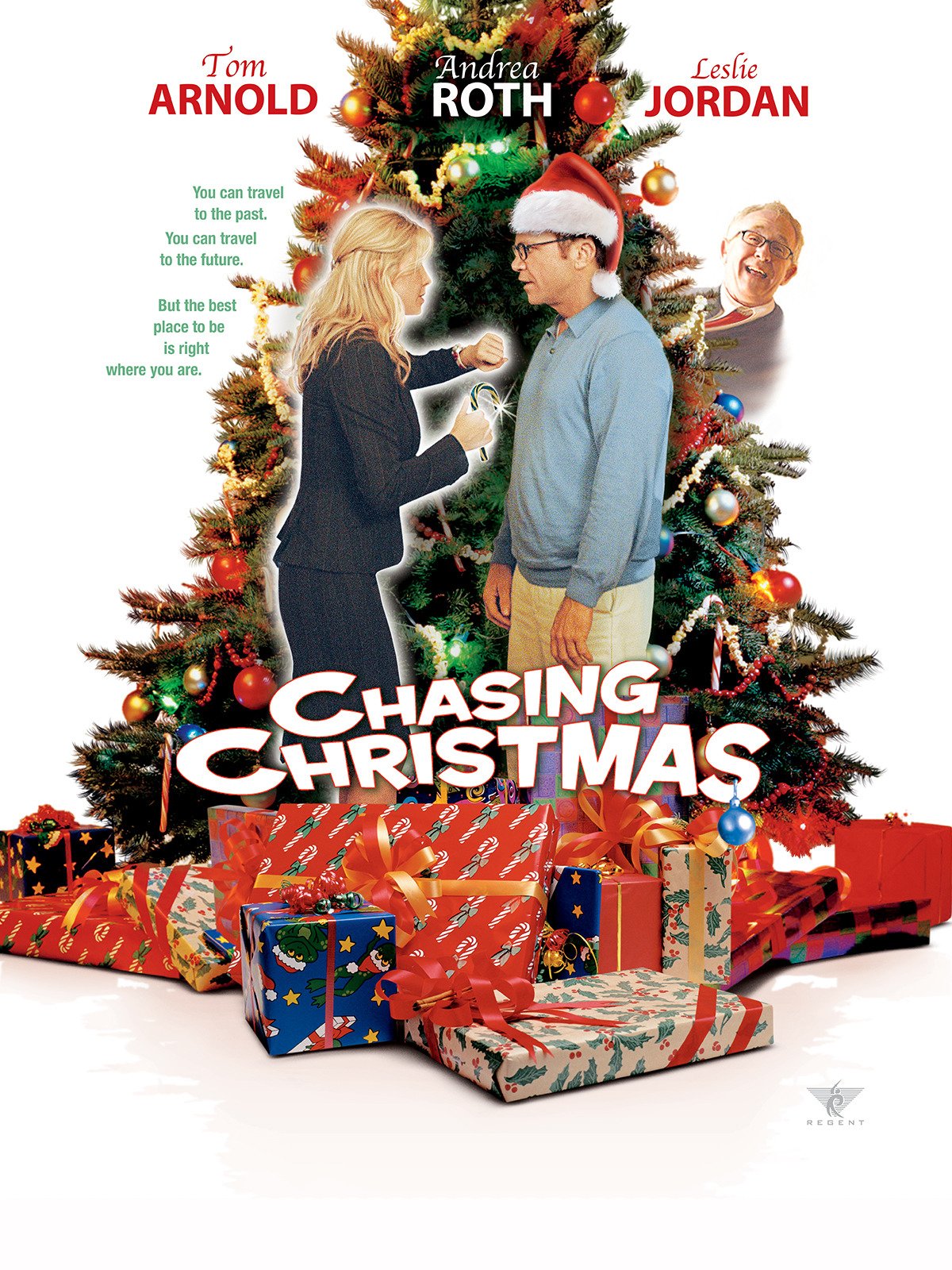 This doozy starts off so great – it’s a modern (of the time) remake of Charles Dickens’ A Christmas Story starring none other than Andrea Roth as the ghost of Christmas Present. The incomparable Leslie Jordan plays the ghost of Christmas Past and our main Scrooge, Jack, is played by Tom Arnold. Jack’s wife cheated on him the day of his daughter’s Christmas pageant and he has sworn off the holiday ever since. Everyone else has moved on, it’s been seven years after all, but he stubbornly holds on to a peevish dislike of the holiday. As such, he is targeted for the full, four-ghost experience, starting with his old business partner (who was apparently run through with a swordfish).

Jack: I’m not just some mean old man, ok? I hate Christmas for a reason! Something very bad happened to me, and no amount of memories you show me is gonna change that.
Past: You know what, Jack? I could honestly not care less about you, your messed up whingy little life, your inability to function in society, your relationship with your daughter – which any psychologist would call disastrous – all I really want is to get your butt in that house so we can do our thing. And I can go.
Jack: Ok, so long as we’re on the same page.

Not your typical ghost of Christmas Past, as you can likely tell. Past is struggling with his feelings of fear, hopelessness, and the thanklessness of his job… And he leaves Jack in 1965, refusing to do his job any longer. Present volunteers to travel back to 1965 to save Jack, save Christmas, and save the Universe! She becomes human in order to save everything, hijinks ensue, someone is gonna fall in love I have a funny feeling!

Having smashed their spectral stars – the thing that makes them ghosts, apparently – both ghosts become human. Past immediately goes to find cigarettes and Present is hot on his tail with Jack in tow. But 1965 is a different place. Present is horrified that BB guns are being sold to children and they sneak in a reference to A Christmas Story with a “shoot your eye out.” Eventually, they find Past, but will they be able to convince him to come back where he belongs? The night is young, it turns out, and there are more adventures to be had. There’s only one candy cane chronometer – the time jumping device used by the ghosts – and they’re all connected to Past’s. 1978 is next.

As much as this movie has going for it, there are some drawbacks:

Present: I’m having the weirdest feeling.
Jack: Do you have to tinkle again?

This movie campy as fuck. Like, some of these people were biggish stars, and this has got to be one of those movies they’re not so sure they’re glad that they made. It’s pretty bad. But the plot is pretty good, or at least, it’s original. This one started out well, but went downhill from there. Watch at your own risk.