Title: A Christmas Visitor
Year of Release: 2002
Available On: DVD purchased from Amazon Smile – yes, another four-pack!
Rating: 1 out of 5 Jingle Bells 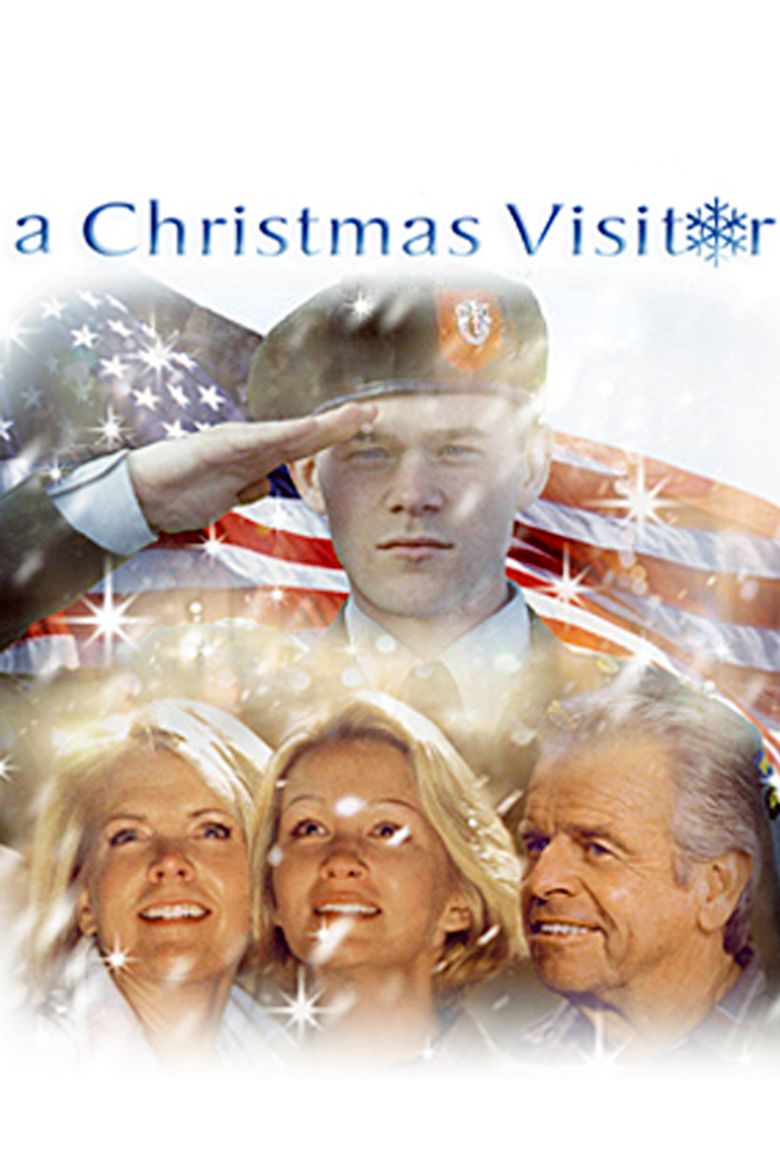 Shit. I find it exceedingly difficult to be critical of stories which involve veterans, for what I think are understandable reasons! I’m a person cannot not cry at videos of dogs greeting their people when they return home from tour in Afghanistan. TAPS does it for me in a way that it probably shouldn’t, considering I’m a borderline-anarchist, socialist, pacifist who despises patriotism and all of the bullshit it puts young men of a certain economic status (and their families’) through. You’re not “off to see the world,” boo, you’re off to be the pawn of a man who would never put his own body on the line like you’re going to be asked to do. It ain’t fucking right. To be fair, it appears they did a pisspoor job of making John-the-veteran appropriate. Y’all couldn’t have asked someone who knows what medals and shit goes where?

I hate everything. This movie also immediately involves lumpectomies, which is another area of unfortunate expertise in my life. Dead son (Aaron Ashmore) – and 22-year old daughter, Jeanne, (Reagan Pasternak) has some kind of lump in her breast and results are “inconclusive.” Everyone is blond and blue-eyed. “Come September, it’ll be a fading memory,” dad says. But no one can guarantee that. Also the daughter looks exaaaactly like the dead son’s old girlfriend; I’ll let you guess, again, blond and blue-eyed. Dad (William Devane) is kind of a weirdo vigilante. He is struggling, and grief is weird, so he starts to gets himself beat up by some hooligans who want the keys to his lockbox. A voice out of nowhere saves him – for the time being. But who is attached to this mysterious voice, powerful enough to scare away some terrifying “punks trying to rip off his rig”? Dad believes it to be his son. Mom (Meredith Baxter) blames dad for “sending” their son “over there.”

Jeanne: Imagine how John must have felt, right in those last few moments before… it happened.

She means – before death. And folks, it’s coming for us all. I don’t appreciate the extra intense music. It’s ok to imagine how our loved ones might have felt before death. It’s normal to do so. My favorite part about this movie was reading the indignant IMDB user reviews about how this film should have been more Christian and should not have included “necromancy.”

I found it extremely difficult to watch this one all the way through.