Title: What I Did For Love
Year of Release: 2006
Available On: DVD four-pack from Amazon
Rating: 1.5 out of 5 Jingle Bells 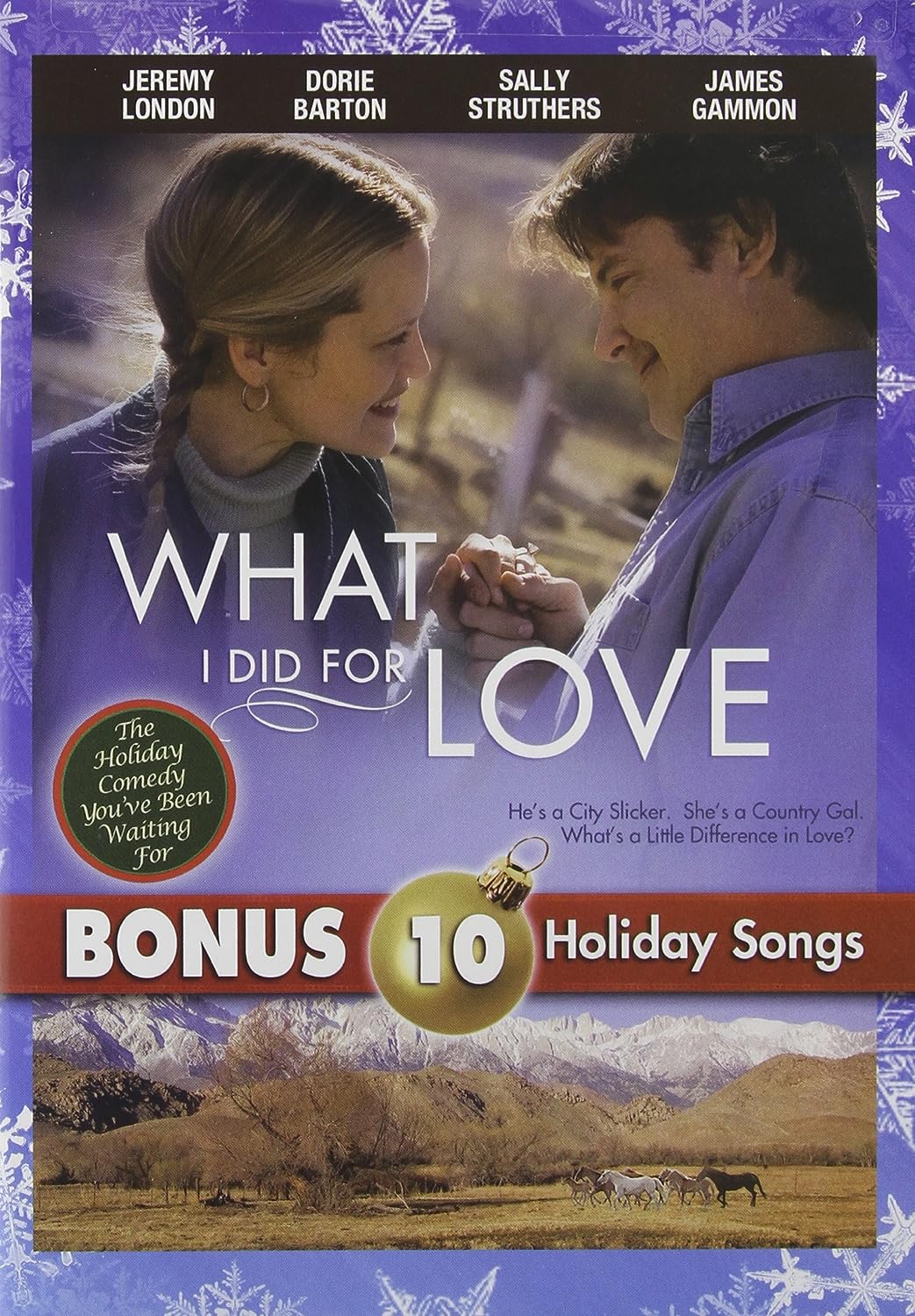 Holiday comedy? HOLIDAY SONGS? This could be good, y’all. My hopes are high.

Only took about 10 seconds for my hopes to be dashed, unfortunately, as this is apparently from that time period of TV movies wherein they were sponsored by Kay Jewelers. And there’s a diamond in the first five minutes. Since my hopes are being dashed by the second, let’s revert to a list format, shall we?

The bigger problem is that Sadie doesn’t want to stay in LA forever and she has secretly imagined this trip to be a test of whether she will accept James’ marriage proposal. As per usual, no one communicates with one another – except James, who has been very clear about what he wants – and it leads to hijinks and hurt feelings. Which is what secrets do, y’all! Communicate your expectations with your partners! Unfortunately, James can’t keep his big mouth shut and does plenty to earn the family’s ire when he sticks his nose into ranch business where it doesn’t belong. In short: everyone sucks.

Sally Struthers makes an ok Aunt Trudie, even if her character also sucks. And Jeremy London is cute, there’s no denying that. But since Carl doesn’t celebrate Christmas, I don’t know that much about this movie qualifies it as a Christmas movie? Too late, I already reviewed it, there’s no turning back now. If you didn’t get the gist… skip this one.