Title: Girlfriends of Christmas Past
Year of Release: 2016
Available On: Streaming as of 10/18 on Tubi via Roku
Rating: 4.5 out of 5 Jingle Bells 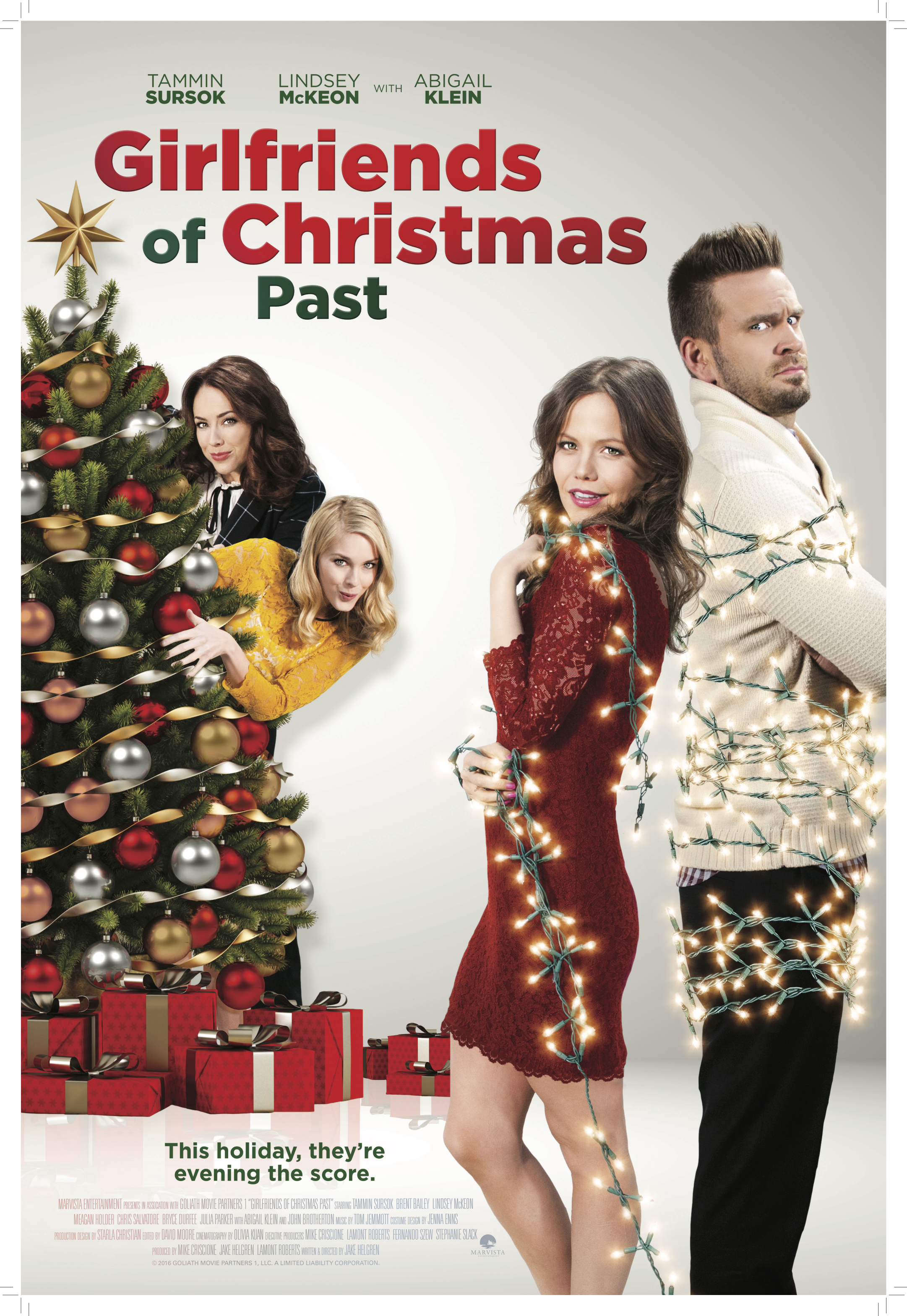 John Brotherton is cute as hell, though I admittedly think of him as the Very Cute Vet that DJ should have chosen on Fuller House. In this movie, he’s not the same squeaky clean sweetheart… In the very first scene, Anderson breaks up with Livvy (Tammin Sursok) when she’s expecting a proposal after a year of dating. [Note: if someone proposes to you after you’ve only known one another for a year and you’ve never talked about marriage, that’s a problem.] This movie has a lot of beautiful humans in it, including but not limited to Tyler, the stereotypical gay friend/assistant played by Philly native Chris Salvatore and Bryce Durfee who plays Santa. Wow, yup, so many handsome humans.

Livvy wasn’t just dumped – Anderson also cheated on her. And I can relate to Livvy’s need to have some questions answered, including why. She meets up with two other of Anderson’s exes who were similarly dissatisfied, Murphy (Lindsey McKeon) and Zoe (Abigail Klein).  The three actresses have pretty good rapport. Murphy is probably the “me” of the group – crass, in therapy, very biting commentary. Zoe is the Phoebe from Friends / Sarah Sanderson from Hocus Pocus. She’s that character. And Livvy is the one we’re supposed to relate to, she’s the middle of the road and the main character, the one that gets this motley crew together. But let’s be clear: they need therapy more than they need to get revenge on Anderson. Anderson’s behavior is about Anderson, friends. It’s not a reflection on any of these beautiful, apparently smart and successful women. I’m guessing they will come to that conclusion? Or more likely, Anderson will learn his lesson.

If it were my life, the exes would just send creepy messages over the internet and Livvy and Anderson would still be friends 10+ years later, both having had plenty of therapy but not having lived in the same town to maintain a safe distance. Because that’s SANE and HEALTHY.

I dislike the portrayal of women as catty and vindictive. These three are extremely obsessive, y’all gotta just move on. Tyler is the voice of wisdom.

Tyler: Aren’t you and the stalker sisters getting a little bit out of hand?

The acting is good. The production is great. Like I said, there are a lot of pretty faces. The music is surprisingly good, too. They sprang for some good stuff. The plot is not one that I’ve seen 100 times before – it’s not the absolute best thing on the planet, mind you, but I’ve enjoyed the ride more than I was expecting. Soooo many cringe moments. The whole love story is cringe moments.