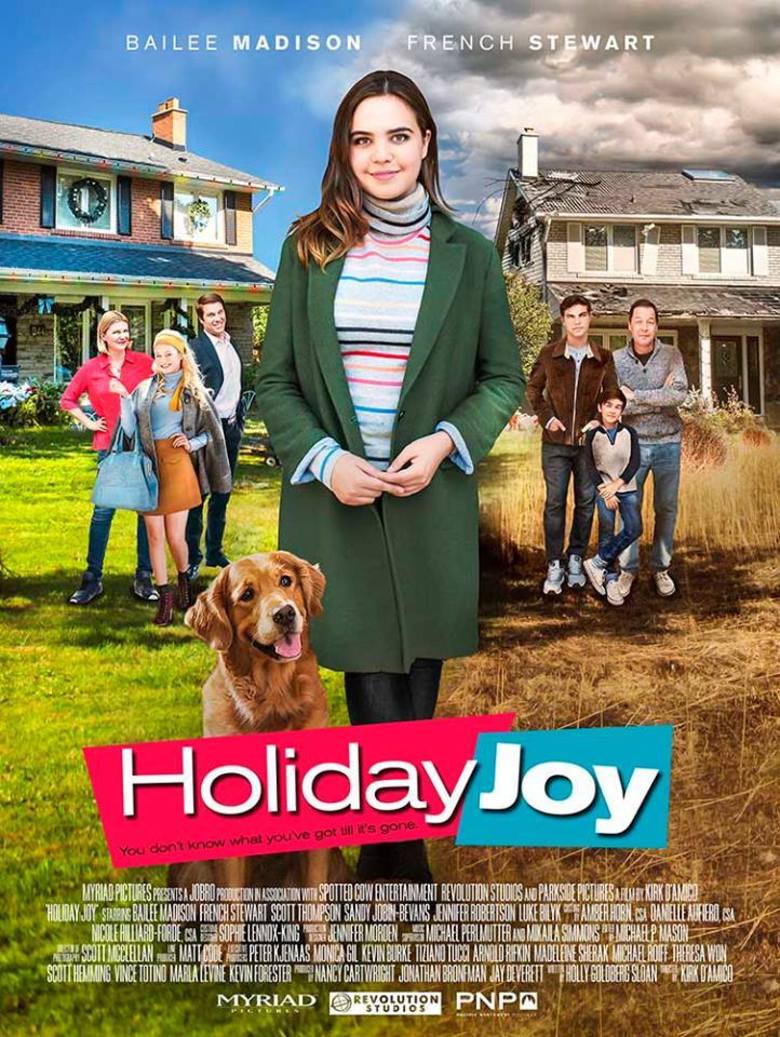 French Stewart plays the dad in this “be careful what you wish for” holiday movie. I start with that because he is generally enjoyable to watch, but he actually isn’t in this movie that much? Joy (Bailee Madison), despite being a teenager, is the woman of a somewhat hectic house. She and her two siblings have to help their dad a lot, as often happens in single family homes, but most of the emotional and physical labor falls to Joy. They live next door the the Wellman’s, who are “way too cool for [them]” and who are apparently the perfect family — or at least they seem so from across the side yard. But you can understand why Joy might want a life more like hers, a life where she doesn’t have to perform the duties of a parent but gets to be a kid.

This movie is 13 Going on 30 set (sort of) at Christmas. Except Joy doesn’t get older, but she switches families. The gist is that, like Jennifer Garner, she thinks she’s getting everything she wants… but it turns out she had more than she thought to begin with, and no life is truly perfect except for the life you appreciate. Unfortunately there is no Mark Ruffalo. But there is Kolton Stewart, who is adorable and young and sweet as Sam.

I strongly dislike that Joy is suddenly both bustier and skinnier in her supposedly “better” life. But other than that, the production is really good. Totally top notch for the 2016 release. The plot, as we’ve reviewed, is not totally original. Additionally, I think it just might pass the Bechdel Test. The love interest dude in the movie, Tom, played by Darren Eisnor is a joke and Eisnor does it well. Must’ve been fun for the actors to make fun of some of the HS idiocy.

Dr. Mike: How are your feelings about Tom?
Joy: I just can’t believe how much he likes me.
Dr. Mike: Is he still pressuring you to have sex?
Joy: Whuh – um, I don’t really want to talk about that right now.

There’s not nearly enough Christmas in this movie, despite the title, and it dropped down half a Jingle Bell for that.