Title: Second Chance Christmas
Year of Release: 2017
Available On: Hulu as of 8/19
Rating: 4 out of 5 Jingle Bells 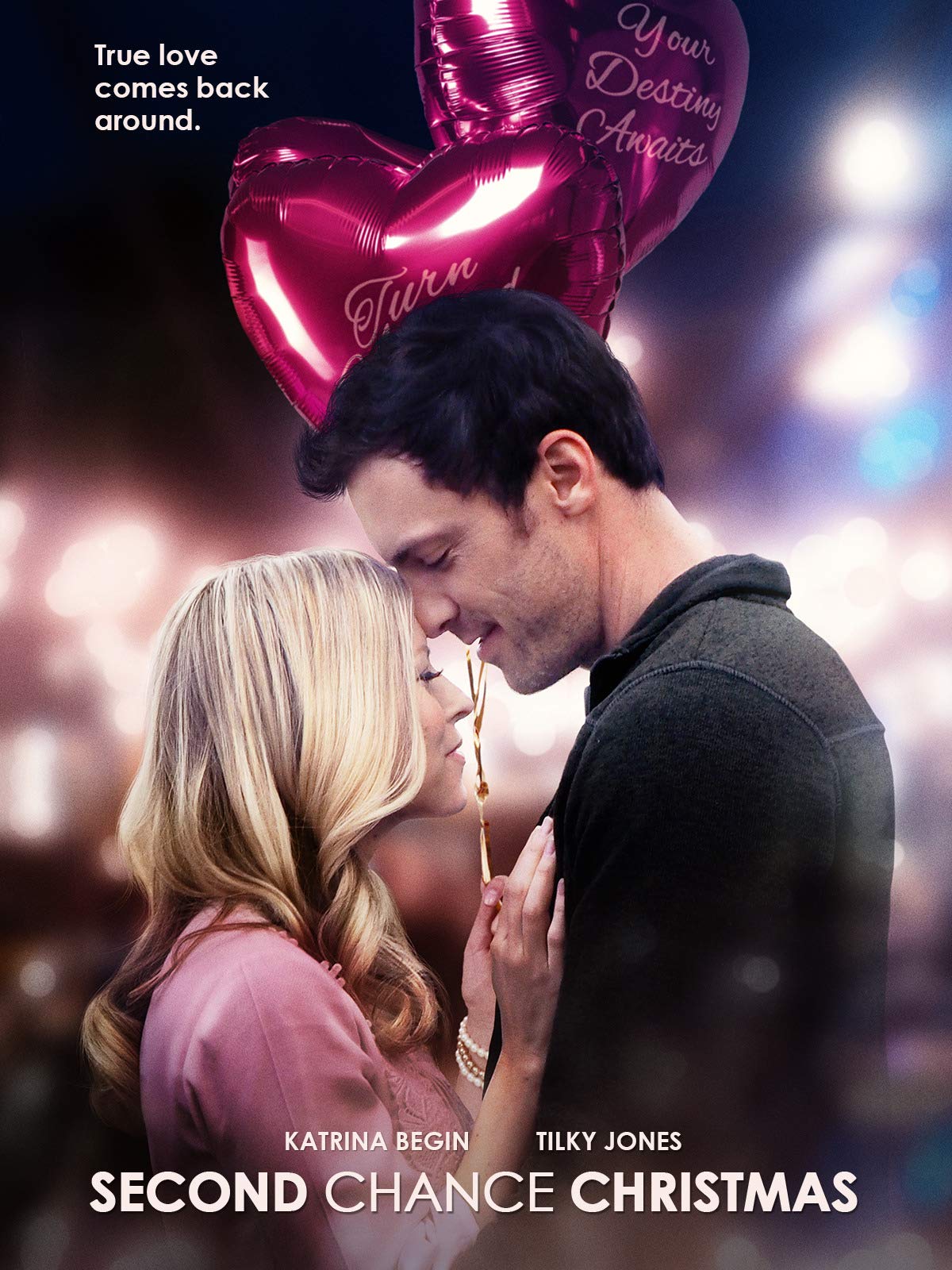 Do they even make movies that aren’t covert diamond advertisements anymore? Lawd. Can’t we have an unconventional love? Can’t we prefer moonstone or onyx? Or no ring at all?

I will say the characters are interst-grabbing. Jack (Tilky Jones) is a schlub who lives off his wife’s party planning business at which she works her ass off. He’s an artist, and I like artists, I am artists sometimes, but this takes the trope too far. We’re shown him being sweet, but unable to communicate and completely without ambition. He plays videogames all day and leaves a mess. “I am really bad at cleaning,” he says. Wahhhhh. Like, if you can’t draw, at least clean up your side of the sink, dude. Caroline (Katrina Begin) is filing for divorce and I don’t blame her. What I can blame her for is tricking him into signing divorce paperwork without explaining that he was signing. They’ve clearly been fighting a lot, but it’s still not a cool move.

But she doesn’t get to turn in those papers that she tricked him into signing because… she gets hit by a car and loses her memory!

[OMG, Tilky Jones, I almost forgot about him. Take 5. He was also in Naughty & Nice. He always plays the same kind of idiot character.]

It makes me so freaking mad that someone needs to be hit by a car and experience amnesia in order for her husband not to totally take her for granted. Of course, homegirl wasn’t totally appreciating what she had either. I just don’t like the story line that Caroline’s mother (Charlene Tilton) and Jack want to use this amnesiac experience to remove her from a job that she apparently loved and not to tell her that she was filing for divorce! Manipulative, much? Fucking gross. Of course it’s all going to come out and get nasty and she’s going to feel betrayed – and we know that going in – but this blog isn’t about plot lines as much as it’s about how it happens. That’s what this whole blog is about.

Dad (Steven Ted Beckler): You tried it your way, over and over. Try it her way.

There are some poignant moments and the dialogue is above par. The black best friends are a nice touch. The production and costuming are also high quality. Sets could have been better, but they’re not terribly distracting either. Whoever dressed Caroline dressed her in the snow like it was going to be a mid-50s day and that’s rather unforgivable. I know probably every one of these people lives in L.A., but Caroline, who lives wherever this movie takes place, certainly does not.