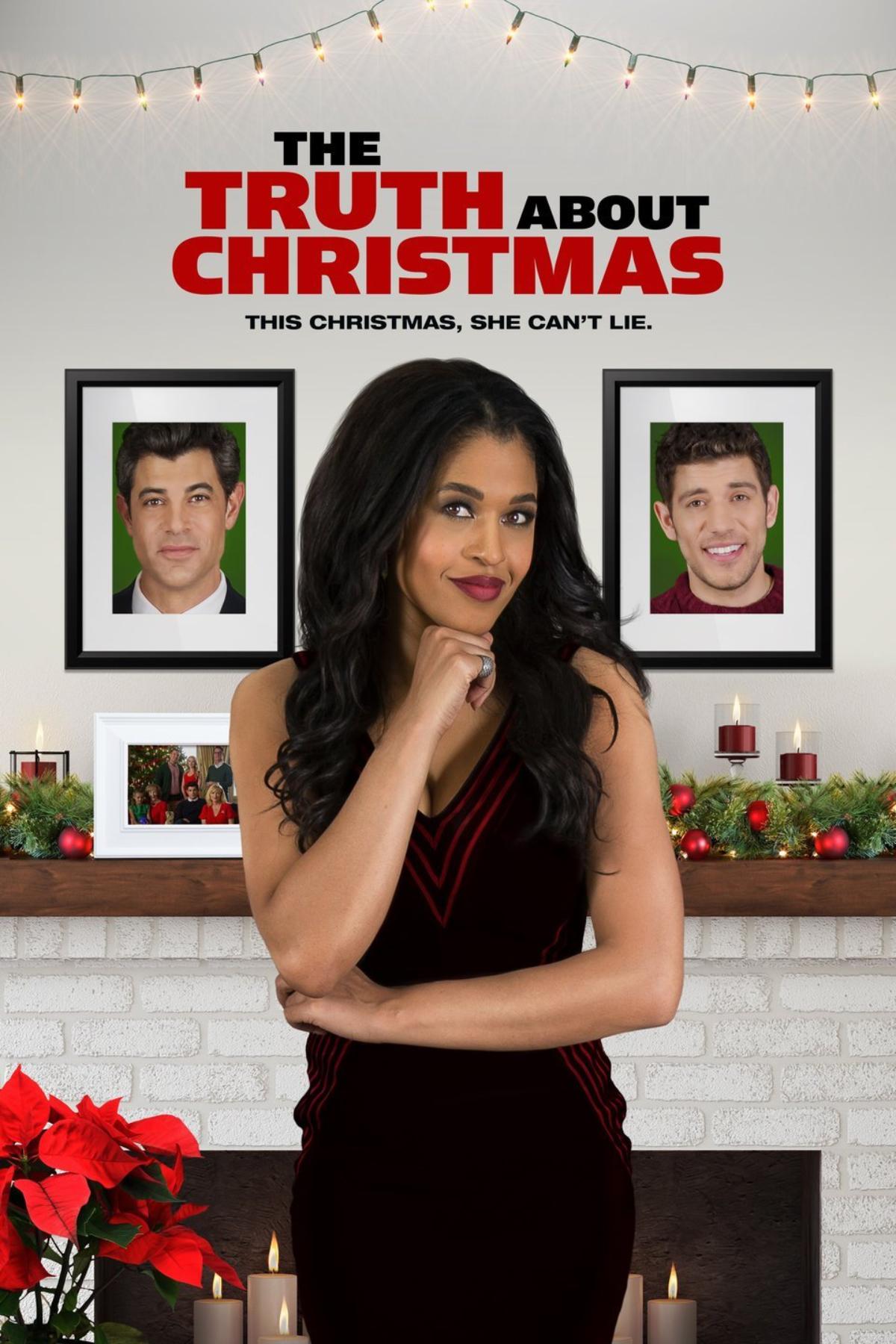 Jillian (Kali Hawk) does all of the dirty work for her boyfriend, George (Damon Dayoub), who is running for mayor of New York City. They do appear to have a sweet relationship, but my spidey senses are tingling. Apparently George asked Jillian to get a “Poppy Dot” for his niece – but in the midst of her doing everything else for him, she forgot to get it. It’s her first time meeting his family and she feels pressured to make a good impression. Apparently this toy is key to making that connection. When she and her BFF finally find the last available toy, a little girl picks it up first — and ohhhh, Jillian lies like a rug. Like a rug! Manipulates the little girl into handing over  Santa appears, asks her if she lied to get her way, and Jillian lies again. To Santa.

Her punishment? No more lying. It’s “Liar, Liar” set at Christmas-time. George’s family are very conservative, and whatever weird spell the Poppy Dot has put on Jillian is causing TMI and over-sharing and sexual innuendo… with her boyfriend’s family. Just a wee bit embarrassing. So embarrassing, in fact, that Jillian climbs out a window to avoid his grandmother’s questions. (And that’s not the last time she climbs down the trellis either.)

Enter George’s baby brother, Blake (Ali Ghandour). He and George don’t get along, probably because George is a smarmy politician and Blake appears to be a good person.

I actually think this movie passes the Bechdel test? Jillian and her BFF Zoe (Michela Cannon) are both named and they talk to one another – about George, yes, but also about her inability to lie.

Hawk is beautiful, but she’s an over-actor. She’s stressed, sure, and we get that. On the other hand, this is a Christmas movie so I shouldn’t split hairs about the quality of the acting. The set is incredible. Just perfect, spared no cost, everything is seamless. And the dialogue is pretty dang good. George’s family is sweet, kind, hilarious. They don’t know what to make of Jillian’s honesty, but to their credit… they go with it. They embrace it? Improbable, but fun to watch nonetheless. Like when Jillian goes on about how she’s always hungry and she doesn’t like to eat in front of George lest he judge her weight. And the whole family scrambles to pass her food. Blake helpfully offers, “I like a thick woman.” Casting is diverse without feeling farcical or diverse for diversity’s sake. And there’s great music! As well as an amusing comic interlude.

Funny how Jillian can’t go schmooze with politicians — but even with her honesty “curse” she can do good in the world. She joins Blake and Grandma to deliver gifts to those in need and it goes off without a hitch. Sign much? Girl, you are on the wrong path. Will she choose the life path she’s intended for — and the brother she’s best matched with? Except! This movie isn’t about finding a man and I freaking love that. It’s about Jillian (re-)finding herself.