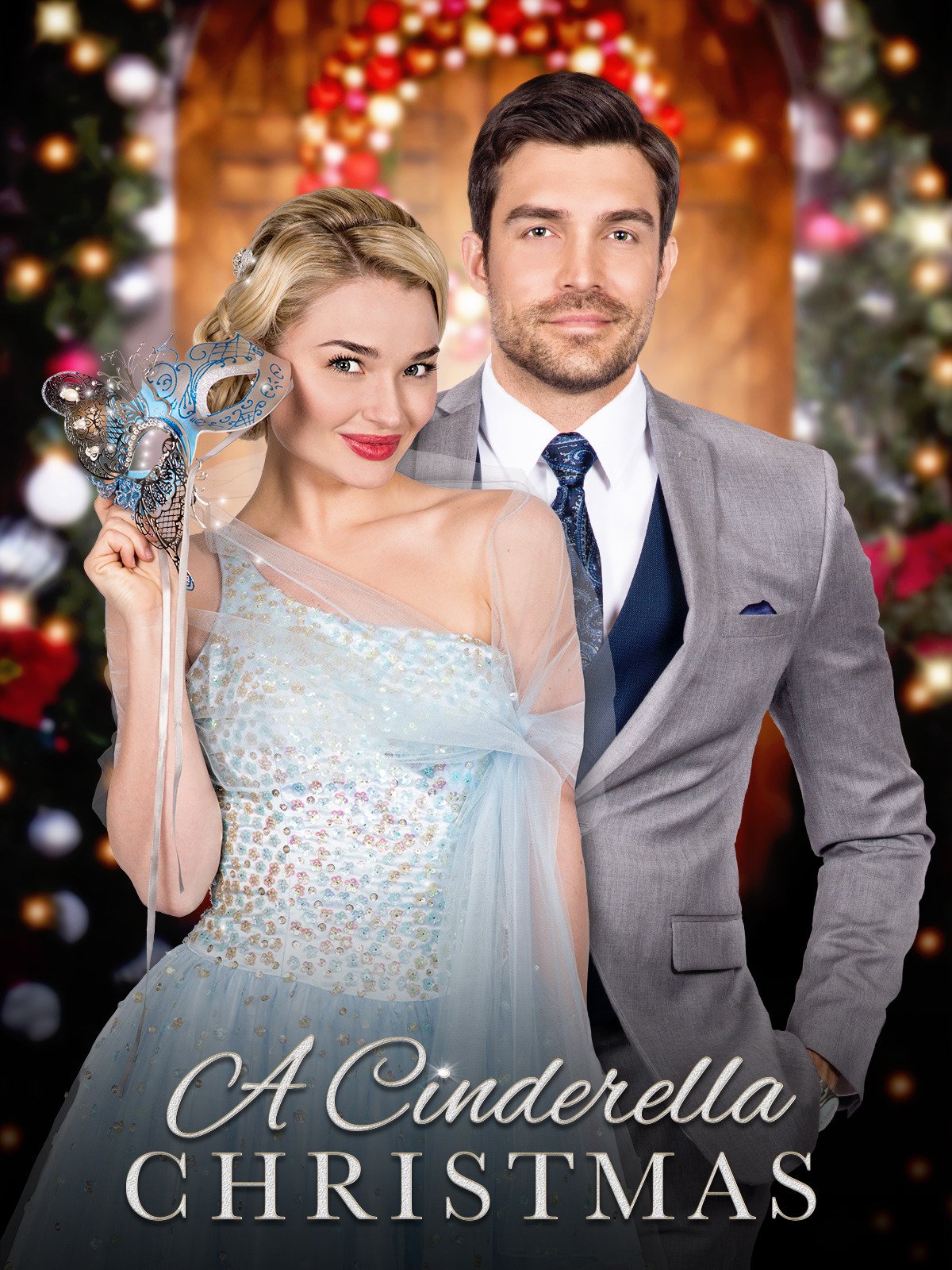 Ooh, a capitalistic Christmas story! “All I want for Christmas is to run this business at which I work and work and work with little pay-off.” Both Angie (Emma Rigby) and Nikolaus (Peter Porte) are in a rough spot. Angie has been trapped into running a business for her cousin, Candace (Sarah Stouffer), as well as myriad personal errands. Nikolaus is being blocked from his considerable inheritance and thus moving forward with life plans because he isn’t yet married. Angie is an (adult) orphan and “fairy godmother” designer Zelda (Mindy Cohn).

I could’ve done without the tropes about an “unassuming,” supposedly ugly girl who cleans up nicely. Basically just because she wears her hair in a ponytail? Lord. Haven’t we done this enough? Rigby is obviously stunning both before and after her “makeover.”

Cut to the “Cinderella” part. Because these two dodos have half masks on, suddenly they cannot recognize one another. [Sidenote: poor Rigby must have been half blind the whole night because her masked appears to obscure her eyes?] Unfortunately, despite their connection, Angie has to clean up at midnight — because her party planning company is running this party. And Nikolaus doesn’t know who she is, buuuuut he’s her client. She wasn’t impressed by the “real” Nikolaus, but she’s head over sparkling ass heels for this stranger who bravely discusses his desire to prove himself to his family. And they kiss blah blah blah. They also win the contest of the night.

Nikolaus: For the first time, and I might be completely crazy, but I want with her what all of my exes wanted from me.

So this imbecile decides that, in order to find his lady, he’s going to have the same party planner throw a WEDDING and his mystery person is just supposed to SHOW UP. Y’all spend an hour together and now the “notorious playboy” is ready to turn over a new leaf? Give me a g.d. break. Also who stands like this?

Candace tries to trick Angie into choosing between the supposedly true love and the family business Angie loves. But why not just marry Nik and then open a new business? He has many, many dollhairs. Whatever.

As you might have expected, this movie does NOT pass the Bechdel Test. Production is fine. Costuming is fine. Acting is better than most. Dialogue is shit. Plot is, um, well, it could be better and it could be worse.