Title: My Christmas Love
Year of Release: 2016
Available On: Hallmark Channel as of 9/19
Rating: 4 out of 5 Jingle Bells 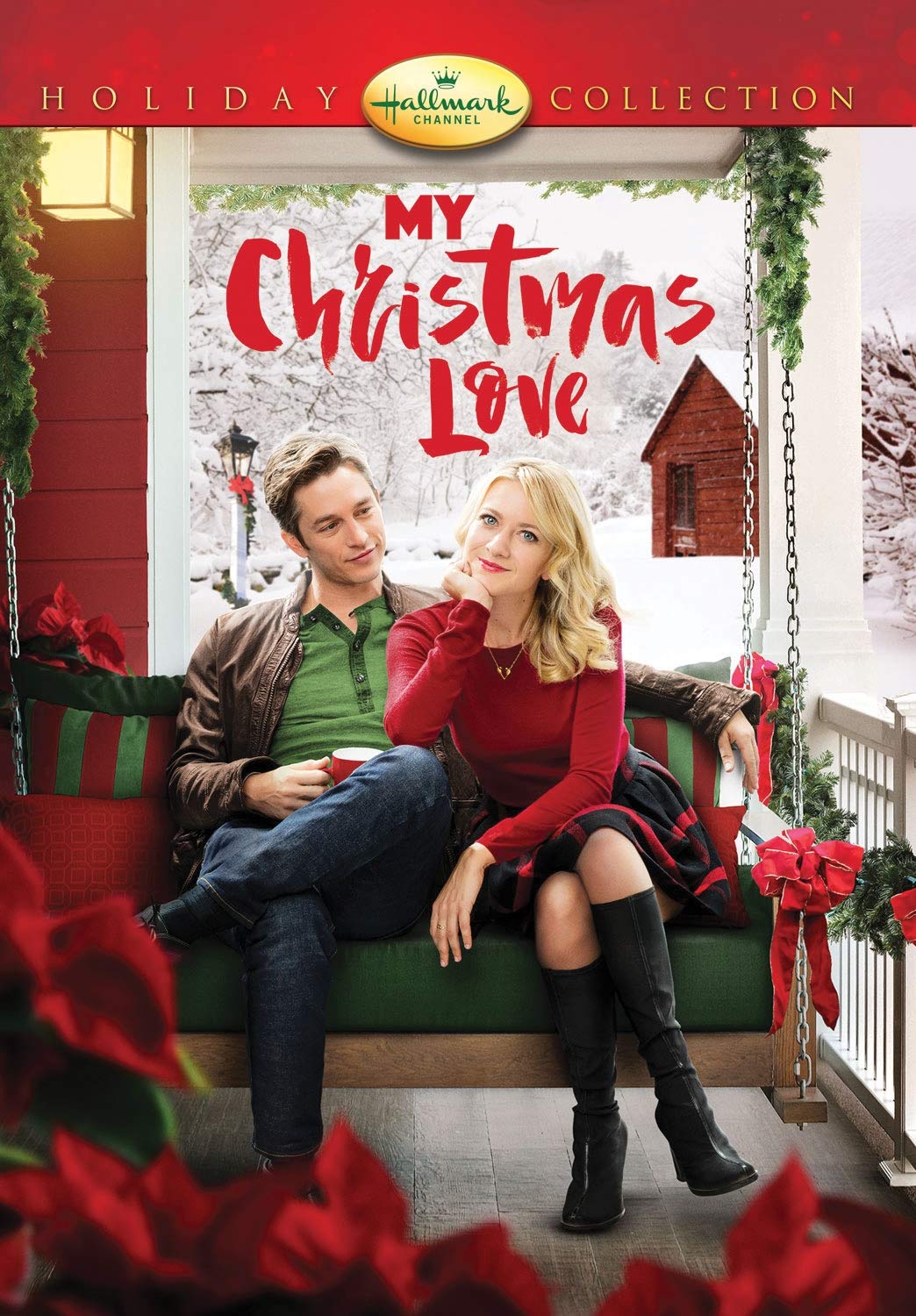 In this movie there’s a diamond ring in the very first scene!

Cynthia (Meredith Hagner) is a hopeless romantic who gets dumped by her boyfriend of five months just before a Christmas trip together. She calls Liam (Bobby Campo), who apparently is her employee? Inappropriate work boundaries. Somehow, despite the fact that they are co-workers, and possibly one of them is the boss of the other, Liam agrees to go with Cynthia to her father’s house and her little sister’s wedding for two weeks?

Cynthia: Married? No. He’s my work friend, we work together.
Liam: Liam. Hi, I draw pictures.

There’s some pretty typical grief stuff: everyone in the family doesn’t grieve the same way and they confuse one another when they have the same loss but don’t react the same way. (P.S. if this goes on long enough there is danger of disenfranchised grief, y’all, so keep that in mind when you’re reacting to your loved ones. Or get a therapist to help. Make sure they’re a grief expert. None of that “stages” bullshirt.) Anyway, Cynthia’s not home for even 24 hours before a literal partridge in a pear tree shows up on the front steps, not addressed to anyone. Cynthia runs with it, of course, believing that the gift is for her. My personal hypothesis is that it’s from her (dead) mom for her grieving dad. Cue the Christmas montage where Cynthia forces Liam to help her decorate her entire childhood home, which appears to be no small undertaking. I mean, look at how he’s looking at her in that movie poster. We know how this is going to end.

But what is she going to do with all of these LIVE BIRDS as the song continues? There’s 20-something dang birds in this song. (Ok, they do later account for that.)

Cynthia also keeps running into all of her ex-boyfriends from her hometown – all of whom seem incredibly infatuated with her to this day. Leading me, the therapist who watches Christmas movies for fun, to believe that it is she who is choosing the wrong men and not necessarily the other way around. She purports to want love above all else, but the men offering it to her are inexplicably “not the right one” in some way. Is one of THEM her Secret Santa admirer?

I’m not gonna spoil it for you, but let’s just say that things were not as I hypothesized, nor were they very satisfying overall. What will Cynthia dooooooo? Will she and her boo end up together, considering he obviously digs her, he gets along with her family, he’s very handsome in an accessible way, they are very good friends, etc. etc.?