Title: How to Marry a Billionaire – A Christmas Tale
Year of Release: 2000
Available On: DVD purchased at a Goodwill.
Rating: 3.5 out of 5 Jingle Bells 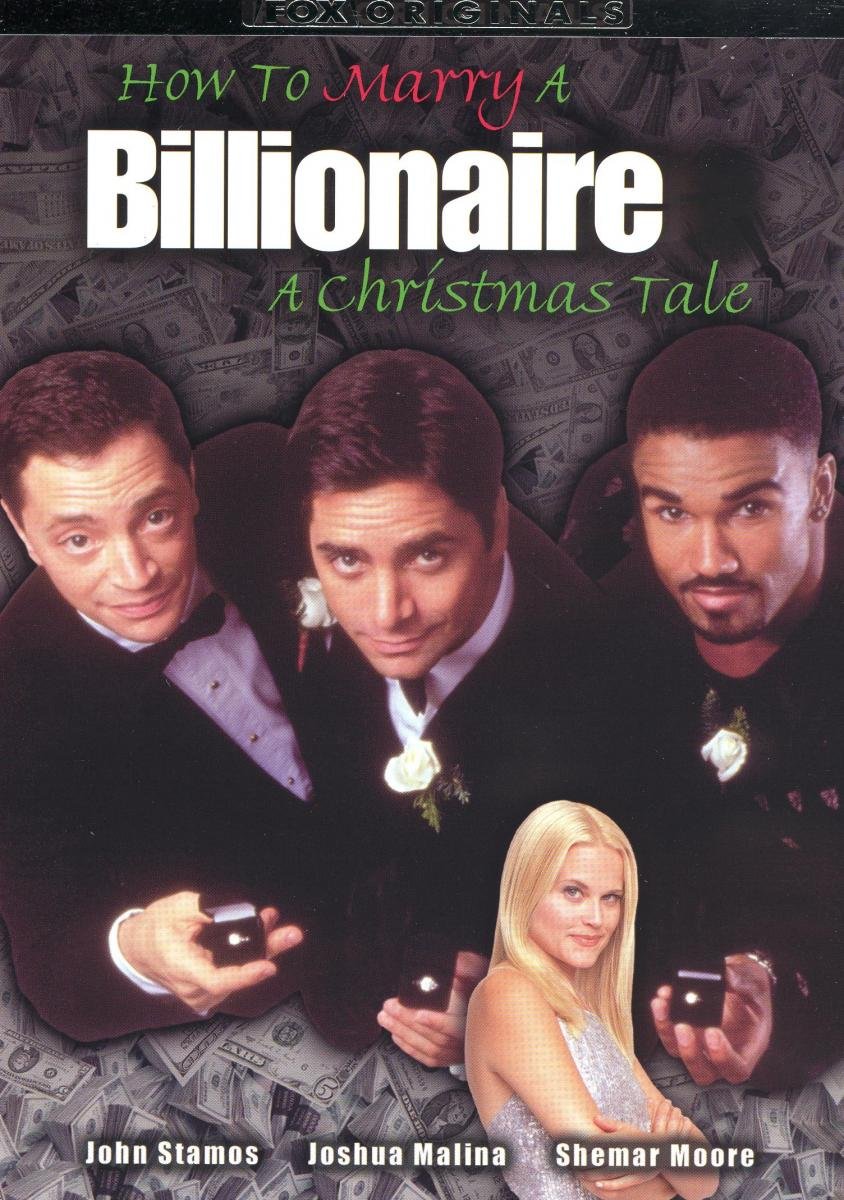 Let’s do a pro / con list:
– Prison rape jokes are not funny. Ever.
+ Have you seen Shemar Moore?
+ I feel similarly but not as strongly about John Stamos.
– All of the late ’90s dance music Christmas songs.
+ So much objectification of women.
– Capitalism. Ugh, capitalism.
– Homophobic jokes are also not funny. Ever.
+ Christmas magic. I’m always gonna be into that.
+ LA as a setting is actually refreshing, considering how most of these movies taken place in some small bumfuck cold town.
+ Gabrielle Anwar is suuuuuch a babe.
+ Major character comes out as gay and is embraced by friends… kinda.
– Stupid ending.

Ohhhhh, Jason (Shemar) says “baby girl” in this movie! It’s the genesis of Derek Morgan. So everything about this movie sucks except the stars, who I enjoy watching in a terrible movie. Can I rate this highly just because I love some of these people’s faces? Sure I can, this is my blog that no one reads. Rhea Perlman has been and will always be a goddamn gem, but the rest of this movie is near unwatchable. I’m going to rate it this highly because it is somewhat enjoyable to watch actors you like do ridiculous things. And because Shemar Moore is beautiful. The best thing about this whole movie are the two minutes of outtakes at the end where the actors play jokes on one another and appear to truly enjoy one another’s presences. This writing does everything it can to ruin good people, but there are a couple of chuckles.