Title: A Very Merry Daughter of the Bride
Year of Release: 2008
Available On: Lifetime Channel app in 11/19
Rating: 3 out of 5 Jingle Bells 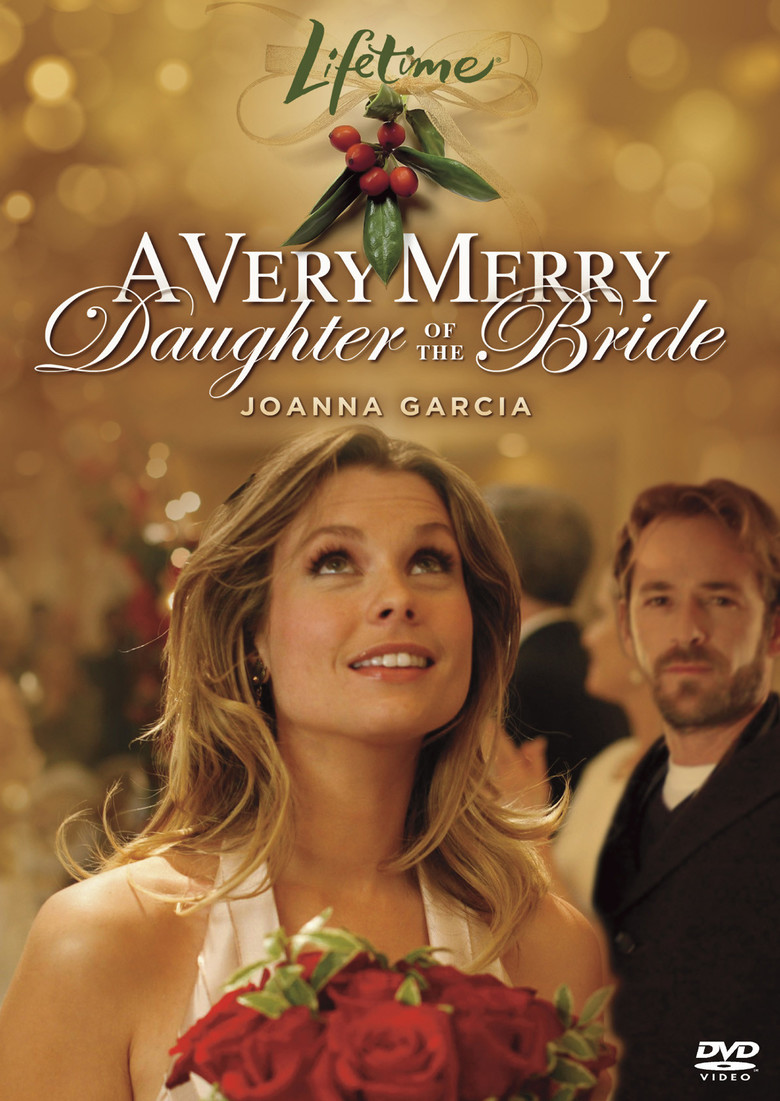 I only chose to watch this one because of Luke Perry, R.I.P. I always liked him, and I like that when he died he was buried in a mushroom suit. Roxanne (JoAnna Garcia Swisher) and Rose (Helen Shaver) have a codependent mother/daughter relationship and run a business together, to boot. I legit despise the depiction of wedding phenomena in this movie — it’s just not my thing, for one, and this movie buys into the tropes that all brides are monsters who lose their ability to be normal human beings after being possessed by their desires for The Perfect Wedding. Neither Roxanne nor her mom have a man in their lives — at least, until Rose comes home from vacation with a new man in tow (Jack, Kenneth Welsh). Meanwhile, Roxanne’s ex, Dylan (Lucas Bryant), and former next-door neighbor is back in town to clean out their old home.

Dylan is obviously still interested in Roxanne, but she’s blowing him off because he ran off without explanation six years earlier. And you remember Jack, that I mentioned earlier? Roxanne is not so very nice to him when he shows up for the holidays and her mom finally seems happy. As someone who has also had her mother’s new boyfriend sprung on her unexpectedly… Roxanne could be better behaved.

Rose: If I was your age and had my whole life in front of me, I would take my time. But I’m 56 years old and I don’t want to miss a minute of fabulousness with Jack. You catch my drift?

There’s an underdeveloped theme of loss and grief throughout. Roxanne is resistant to change, but things changed around her anyway — something a lot of grievers feelt. That said, Roxanne hasn’t exactly faced her losses head on. I can understand her resentment of Dylan, though. What, you disappear for six years and she’s supposed to just fall at your feet the second you reappear? But the grief isn’t portrayed super well. And Roxanne’s primary issues with her new step-dad are that he’s “cheap” and not classy enough??

Bonus points for accurate portrayals of winter time cold weather clothes, including changing shoes as they come in from the cold.

You may recognize Roxanne from Are You Afraid of the Dark? — a true classic for any kid who came of age in the ’90s. There’s a brief Jason Priestley appearance for a dash of 90210 crossover. The love story is worse than most. Really not enjoyable, really doesn’t pull you in or make you root for the lovers. But it’s alright, overall. Watchable. Nothing that takes you too far out of the story.