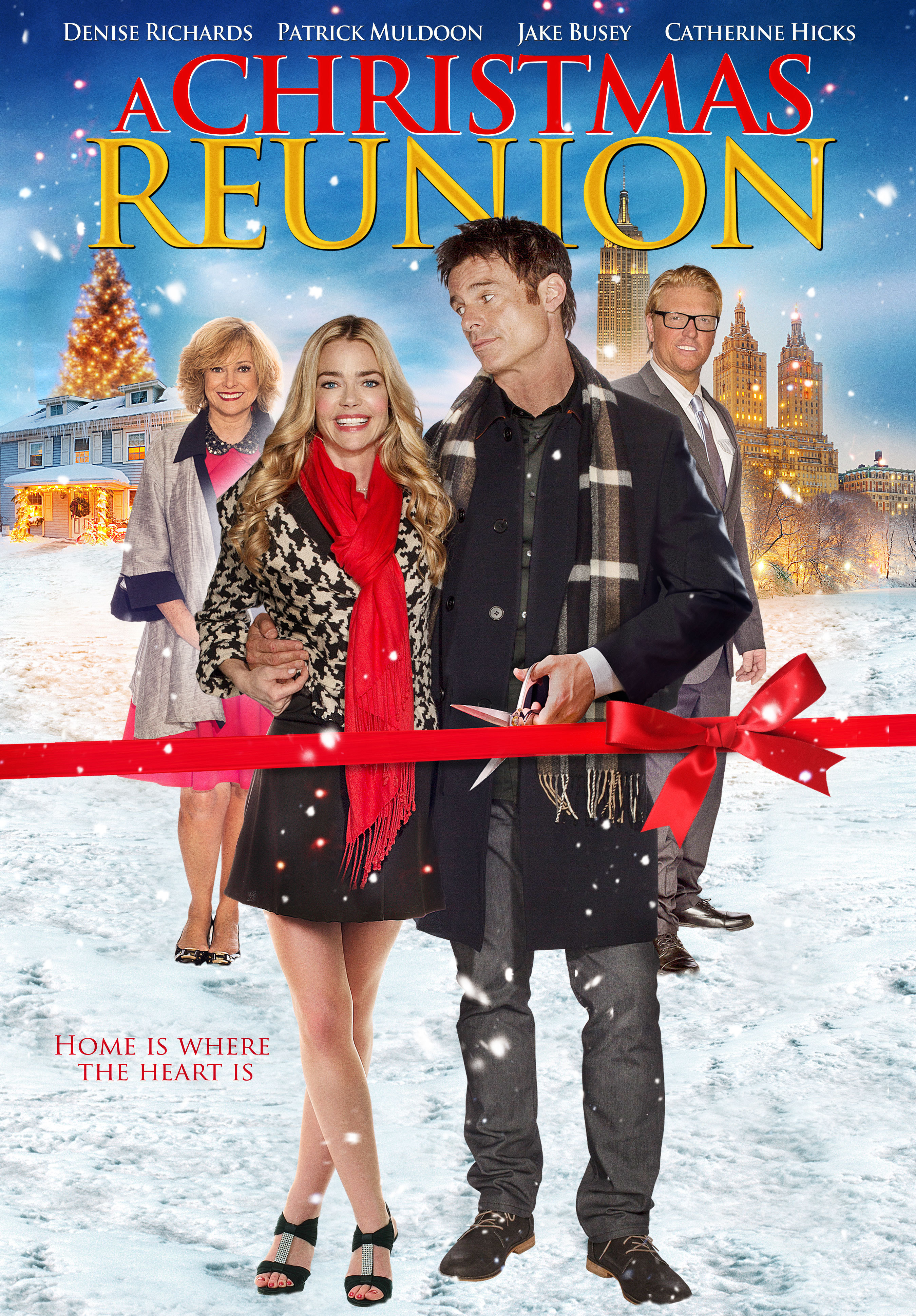 This movie opens to a young Jake and Amy working in a diner for some kind of cookie competition. People are really into this contest, apparently. Fast-forward 30 years… Amy (Denise Richards) is an executive type in a suit in the Big City — and Aunt Linda has just died. [Ugh, cringe, there’s some glorification of serving in the armed forces. No shade against those who serve, only shade against those who march them into danger with far too little support, pay, and understanding of the human cost.] Muldoon / Jack has just retired from an unnamed branch of the service and has come back to his hometown to help his parents. They both receive the bad news via phone. Goddess bless Amy’s kinder-than-most capitalist boss who says, “Nothing is more important than family.” He encourages her STRONGLY to go take care of her aunt’s affairs and pay her respects. Which is rare. He’s less understanding later, but he also respects Amy when she sticks to her guns and pushes back against his demands.

Dylan Carruthers (Jake Busey) is just the perfect slimey conniving lawyer — the bully from their childhood — who is handling Amy’s aunt’s estate. Amy and Jack are surprised to see one another at the estate dealings. They’re even more surprised when they learn that Aunt Linda’s dying wish is for Amy and Jack to re-open the bakery and have the 50th Christmas cookie contest one last time. In a week. Needless to say, Amy and Jack are not on the same page about the whole thing.

Amy is prancing around her hometown of Chestnut in her stiletto heels and Jack just got back from literal war, but they haven’t told us yet what the real falling out was. What cause these childhood best buds, and probably lovers, to stop speaking? And the more important question, what kind of squirrelly hijinks will they need to get into to fulfill Aunt Linda’s wishes — and fall back in love?

Neither Muldoon nor Richards is a virtuosic actor. But they aren’t horrible to watch either. The love story that’s supposed to make us fall in love with them falls a little flat, but in which of these movies does it not? Their kissing is actually a bit painful to watch. Yeah, each kiss gets worse than the last. These are not people who love one another, even as friends.

Overall, it’s really not the worst. Or the best.