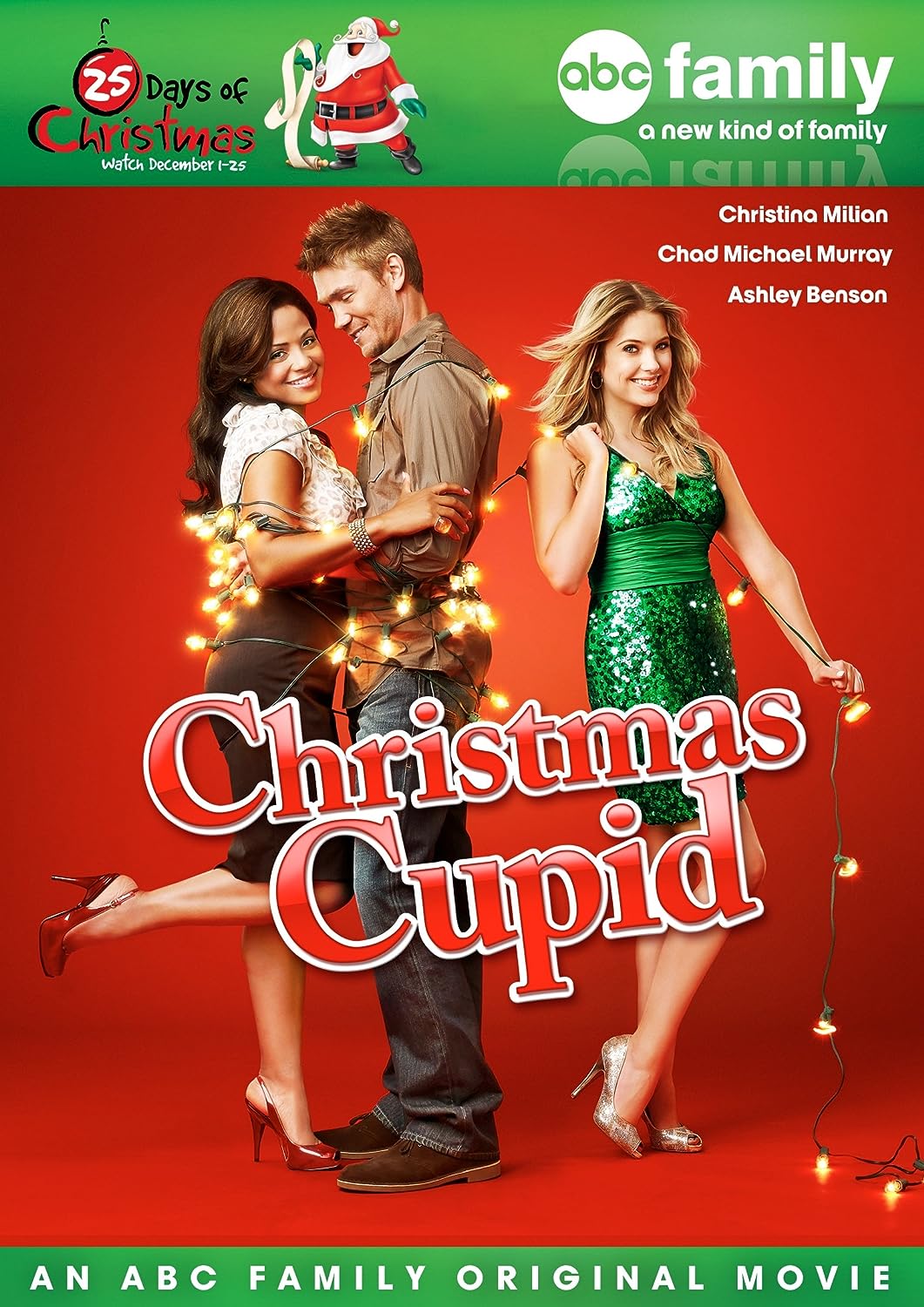 I swear to goodness I have watched this movie before? I’m not sure why it’s not on here… might be because it’s horrible? Christina Milian plays Sloane Spencer, an ambitious executive type publicist who is sleeping with her boss (Burgess Jenkins) and works with her ex-boyfriend (Ryan Sypek). No hate towards sleeping with who you want, but that seems messy. Jackée Harry plays the requisite sassy and loving mom.

Vivian: [shopping for jewelry] The more it costs, the more Larry knows he loves me.

Chrissy Seaver / Ashley Johnson plays Sloane’s best friend and chef. Chad Michael Murray is on the movie cover, so she shows up somewhere along the line and will inevitably end up being Sloane’s true love.

So it’s rather star-studded with all your favorite B and C TV movie stars. Lots of recognizable faces of working actors who do their jobs well but haven’t necessarily “made it big.” Cupid is a remake of Dickens’ Christmas Carol, only re-imagined for LA and the aforementioned changes. Now, it’s no Muppet’s Christmas Carol, that much is for sure. Oh, there’s Chad. He’s a doctor who works at the ER where Sloane’s dead client is taken after she chokes on an olive while dancing at a club (Ashley Benson).

I could do without the slut-shaming.

The fashion is very dated, as are the highlights, but that’s to be expected. The gender roles are even more dated. Milian is not at her best, but she’s far from the worst at her baseline. The plot is pretty dang bad. Like, beyond bad. This is not one I would recommend unless you’re a super fan of one of these actors.