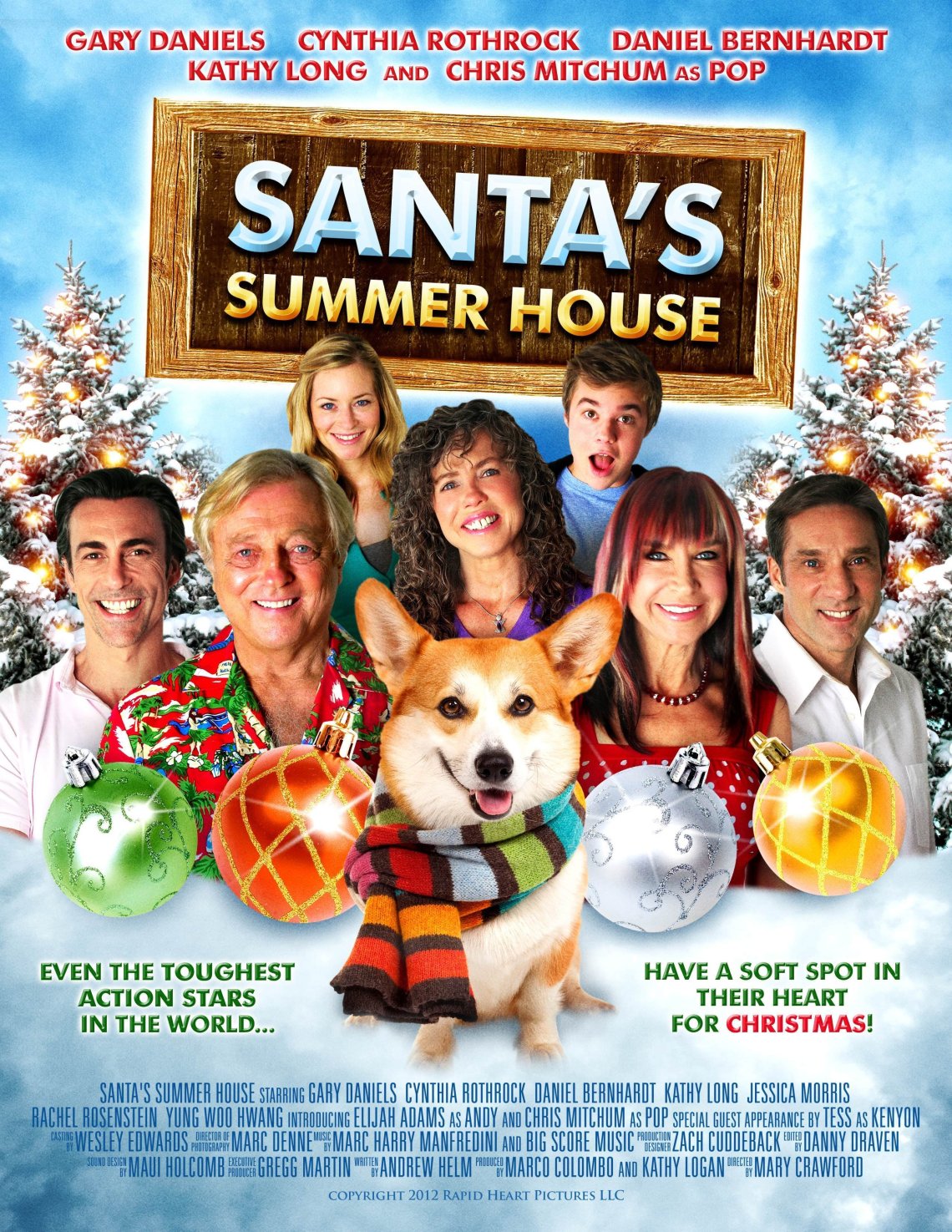 This is one of those movies that has some elements on lock, but others are suuuuper struggling. For instance, a lot of the plot is said instead of shown. For instance, when all of the tourists are getting to know one another:

Constance (Jessica Morris): I have to admit I’m a huge science nerd.
Bryan (Daniel Bernhardt): I’m going to get some more lemonade.
Constance: Ugh! I was still talking.

Everything is filmed in one location, a giant LA-style house, and I think they likely didn’t have permission to change much about the house because it doesn’t look like Santa and his wife live there. Pop and Nana, as they are known, are supposedly Mr. and Mrs. Claus, our six tourists end up staying with them when a mysterious fog keeps them from reaching their resort destination. For some reason, they are happy to host these complete strangers, free of charge. The horrible acting and dialogue continues unabated.

Andy (Elijah Adams): Has anyone ever told you that you look like Santa Claus, if he were younger and thinner?

On Nana and Pop’s suggestion, the group decides to have a “special dinner,” including Secret Santa-style gift exchange — but no stealing. They only have 24-hours to come up with gifts, and Andy suggests that since they aren’t near to a mall, they should make something for one another. Pop will make gifts for all of them. His laugh — oh my god, Pop’s laugh, while the traditional Santa laugh, it’s just so out of place and happens without warning and it comes out more like yelling.

Like most ensemble pieces, there are multiple strands of plot going: Andy’s parents, Dean (Gary Daniels) and Sadie (Kathy Long), are workaholics having marriage troubles and Andy wishes for a simpler time when they all got along; Bryan is a rocket scientist with zero social graces who offends Constance despite their obvious connection; and Molly (Rachel Rosenstein) longs to be a professional photographer, but feels the pressure from her sister, Constance, to help out with their catering business even though it’s not Molly’s passion. After a rousing and galvanizing game of croquette — which is shot in such a way as to make us feel “part of the action,” but could actually cause one to feel sick if you were sensitive to such things — the group goes on to exchange gifts, repair rifts, etc. etc. etc.

Unless you’re like me and you’ve watched every other movie available on the internet, I would skip this one. If Hallmark or some such were to borrow this plot and remake it (invariably cutting a bunch of scenes), it’d probably actually be an ok movie, but the quality of the acting and production makes almost impossible to enjoy. My faves IMDB review says:

It’s true the acting in this movie would be improved if a computer read the lines and the croquette scene felt like it would go on for hours, but the story is as wonderful as a Lifetime or Hallmark Christmas film.