Title: The March Sisters at Christmas
Year of Release: 2012
Available On: DVD purchased from Amazon Smile
Rating: 2 out of 5 Jingle Bells 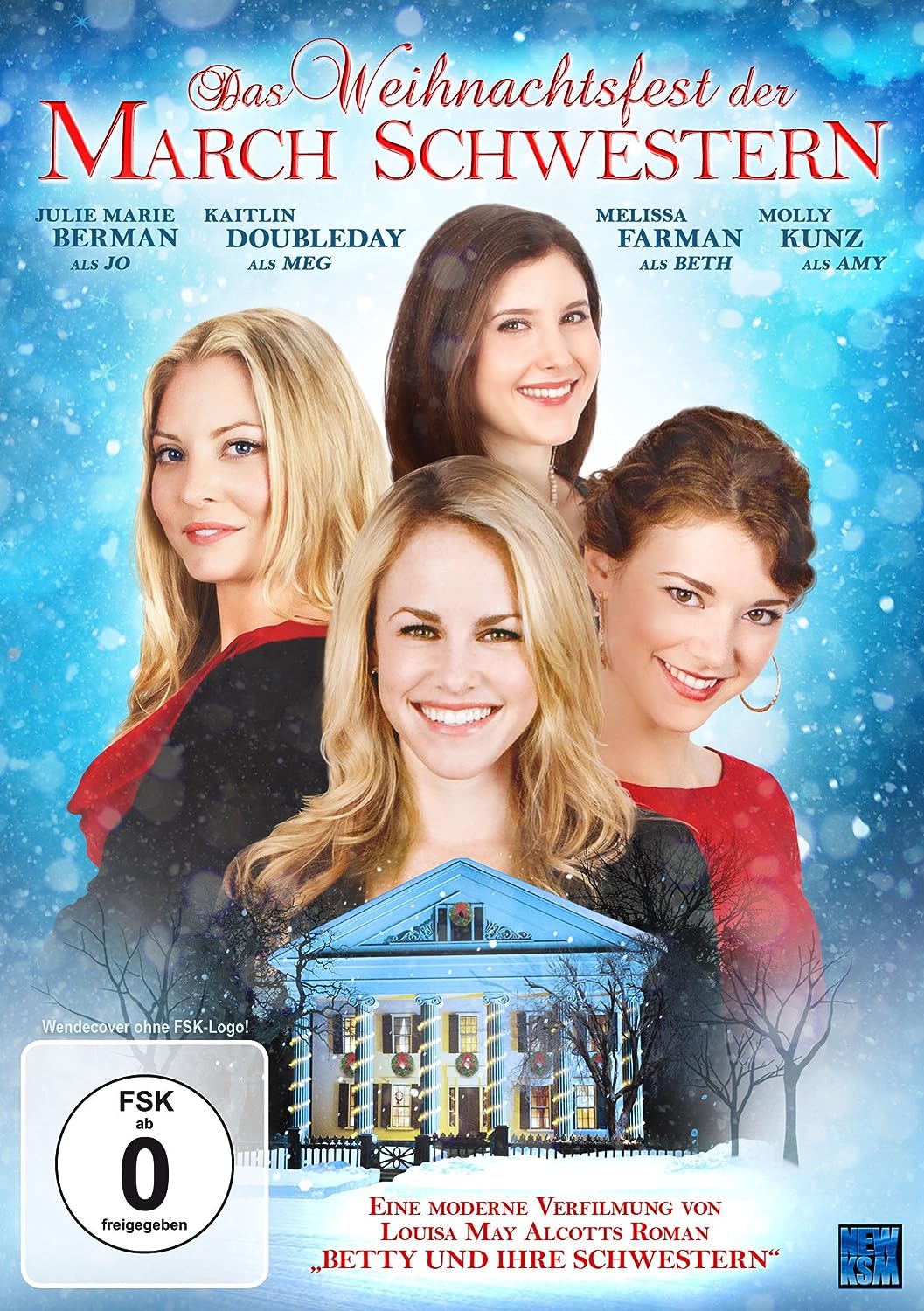 Ok, so that’s not in English, but you get the gist.

Orchard House is the family home. Mom March plans to sell the house, but all four March sisters strenuously object. Mom and Dad March understandably don’t want to have an enormous old house that requires as many repairs. They’d like to convert to being the empty nesters that they have earned the right to be! Within a few minutes, we realize that the characters are those from Louisa May Alcott’s “Little Women,” as if the “March sisters” weren’t clue enough. The story is updated, however, and these sisters are not living in 19th century. The modern adaptation manifests as equally man-obsessed and whingy, but with more making out and less unspoken tension. I appreciate the sex positivity, but it downright fails the Bechdel Test.

Uncle Jim: You’re good at talking about the girls, but I don’t see you going after them.
John: We’re respecting what they say!
Uncle Jim: No, it’s not respect. It’s cowardice. You respect them by engaging them, by showing them what they’re worth. Make them notice you. In my day —
Teddy: When you communicated by cave painting?
Uncle Jim: You can laugh all you want about the lack of technology in my formative years, , but I can tell you that we had no problem getting women to fall for us. We were respectfully relentless. We courted them.

Hmm. Meanwhile, the March girls are deciding at their giant sleepover that they want to help their parents make all the repairs to Orchard House that need to be made. Teddy (Justin Bruening) is in love with Jo (Julie Berman). John (Charlie Hofheimer) is in love with Meg (Kaitlin Doubleday). There’s a lot of stupid gender stuff in this movie. “Be a man,” help the wimmenfolk do this job, you know. Like the March sisters couldn’t have found that fireplace on their own. As to be expected, there’s a lot of family dynamics.

Amy (Molly Kunz) betrays Jo by tweeting naked pictures of one of Jo’s clients, which is fucked up on 100 different levels. Even though Beth (Melissa Farman) is supportive of her, it’s really hard to like Amy after that. We haven’t been given any evidence as to why we should like her. And Jo isn’t any better. Teddy bends over backwards to show her how much he cares about her, but Teddy ain’t any better. He can’t accept Jo’s offer of continued friendship and Jo is too uptight to see him as anything else. And Amy, having always had a thing for Teddy, takes this as her cue to go hit on Teddy? I’m so grossed out by this storyline. It’s Amy’s 21st birthday, so Teddy agrees to drink with her. They keep it PG. But damn, Teddy! Moving from one sister to the next, aren’t we?

An emergency reminds them what’s really important – family, duh – but will it be in time?