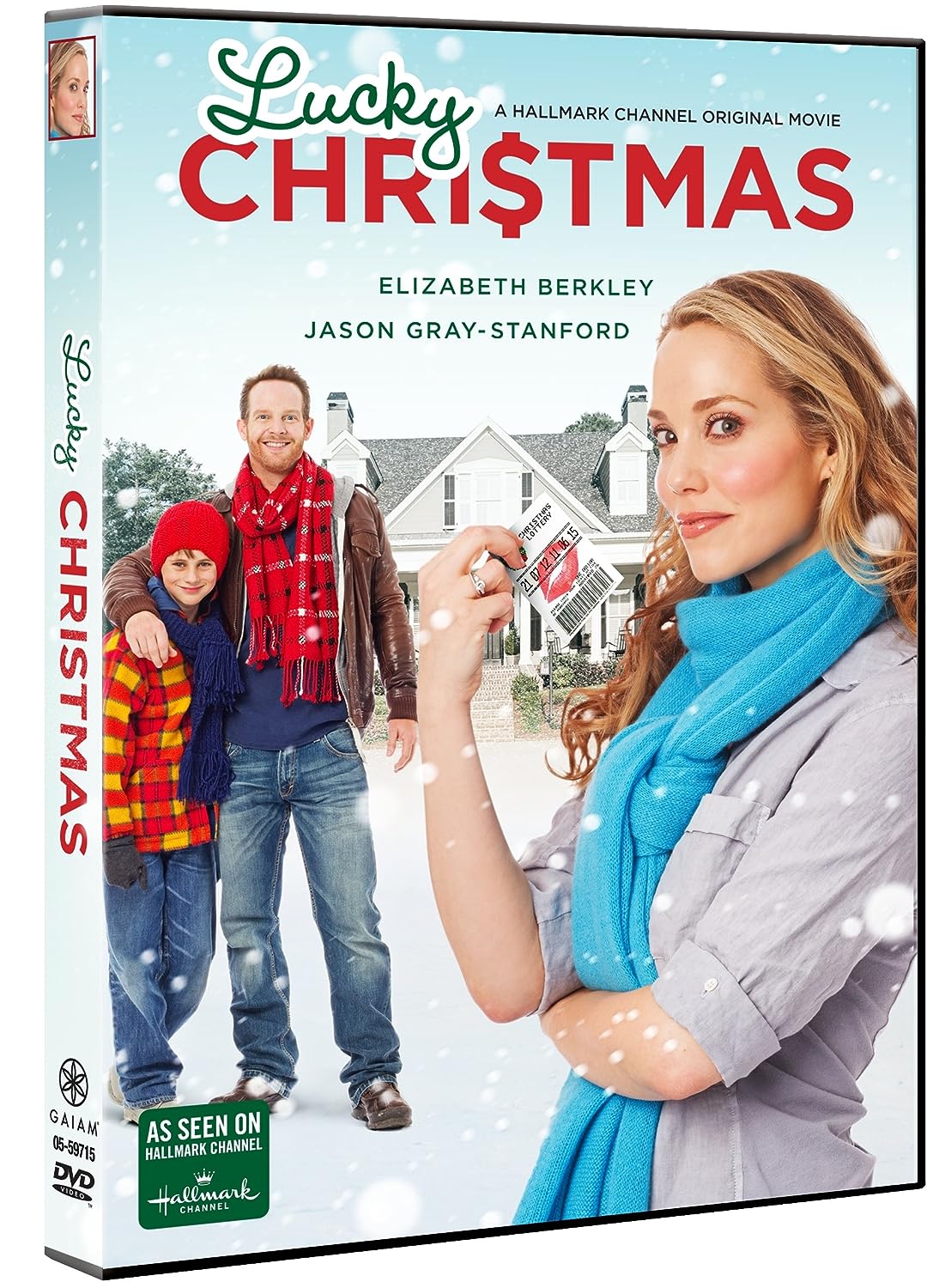 Holly (Elizabeth Berkley) has hit a bit of a rough patch as a single mom – under-employed and stressed at holiday time – she’s living with some family friends, but wishes that her son had a positive male influence. Mike (Jason Gray-Stanford) and his friend Joe (Mike Bell) are total messes. Not the kind of positive influence that Max (Mitchell Kummen) could use, to be honest. But Mike is a good guy… somewhere down under all that idiocy. Mike and Joe steal Holly’s car, well, really Joe does it, and somehow there’s a winning lottery ticket in the car too? Mike decides that the best way to return the lottery ticket to Holly is to woo her. Romance ensues. No Bechdel test is passed, but the acting is not bad.

But will Holly be able to forgive Mike after she finds out the truth, that it was Mike who was at least partially responsible for the theft of her car and thus the missing lottery ticket? The stakes are raised when Holly asks Mike for advice about what she should do. Mike feels suuuuper guilty and decides to take the lottery ticket back, no strings attached. But Joe, stupid Joe. You’re wrong to listen to your friend, Mikey! Added to the pile is the fact that Mike’s family business, inherited from his father, is on the verge of collapse.

WILL THEY FIND THE LOTTERY TICKET BEFORE IT’S TOO LATE?? Also, even if you do find it, I am not sure that dude is trustworthy — even after he attends Max’s pinewood derby.

Rose: You can have all the money in the world, Holly. But it doesn’t mean anything without love… It’s Christmas, get over it. Go find him.

Well, whatever, enjoy this movie wherein two somewhat likable characters fall in love in a shockingly short period of time.