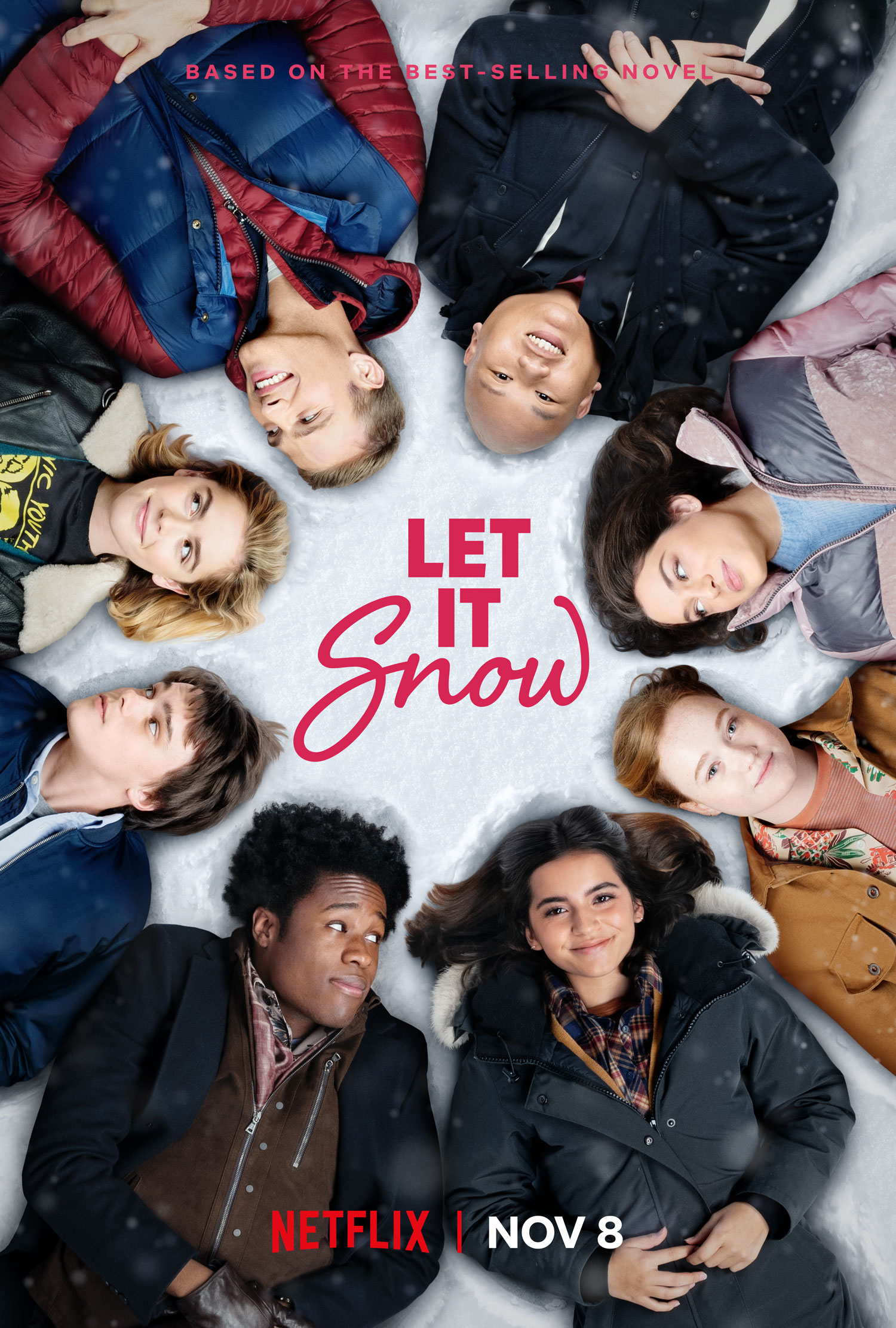 This is a teen movie set at Christmas, which means that I will probably like it. I have a soft spot for teen drama. I remember the BIG feelings of that time so acutely — probably because they were so dang big. But the first time you feel all those feels? The first time you cut yourself body-scaping? Precious memories. And this kind of movie celebrates that somewhat silly but still poignant and magnificent time. I could do with less friend-zone stuff, but I’m hopeful that will be resolved over the course of the plot.

Stuart (Shameik Moore): I wanted a break from the tour bus. Nice to be in the real world for awhile.
Julie (Isabela Merced): You know, if the train makes you feel real, Waffle Town is gonna blow your mind.

The story is essentially about a snow storm hitting a small town. It’s an ensemble film about a bunch of kids on their own Christmas journey. One’s mom is sick and she has to decide if she should go away to college in NYC. Another is in love with his best friend, and she doesn’t know, and she appears to be into someone else. A third is positive that her “boyfriend” is cheating on her and super-sleuths his every move through social media. A fourth is in love with a girl from another school who isn’t “out” to her friends yet and is acting shady because she doesn’t want her friends to know she’s into a girl. Two of the besties are mid-fight. A young, famous man meets a young, non-famous woman and, maybe, they fall in love. Some things are universal, like letters going out in the sign of the Waffle House. “Awful Town,” in this world.

Oh — the musical interludes in this one are hella charming. And realistic. And well-done. This one is really growing on me!

There are hard lessons being learned here, too. For instance: it’s not good practice to stalk your boyfriend, people don’t like that. And attempting to climb the social status ladder is a fruitless, hurtful endeavor at best. Oh, and how to recognize who actually cares about you and not to take them for granted. A coming of age story at Christmas. Music is good, as I said. Acting is good. Probably lots of these folks will go on to great success in the industry. Costuming is solid. Plot is original and entertaining. Dialogue is overwhelmingly believable, at least charming and snappy. Joan Cusack is phenomenal, as per usual.

The story is a little moralistic and simplified, but fuck, this is Christmas. That’s what I like! I’m gonna give this one a goddamn 5/5. You watch me. Better yet – you watch this movie.