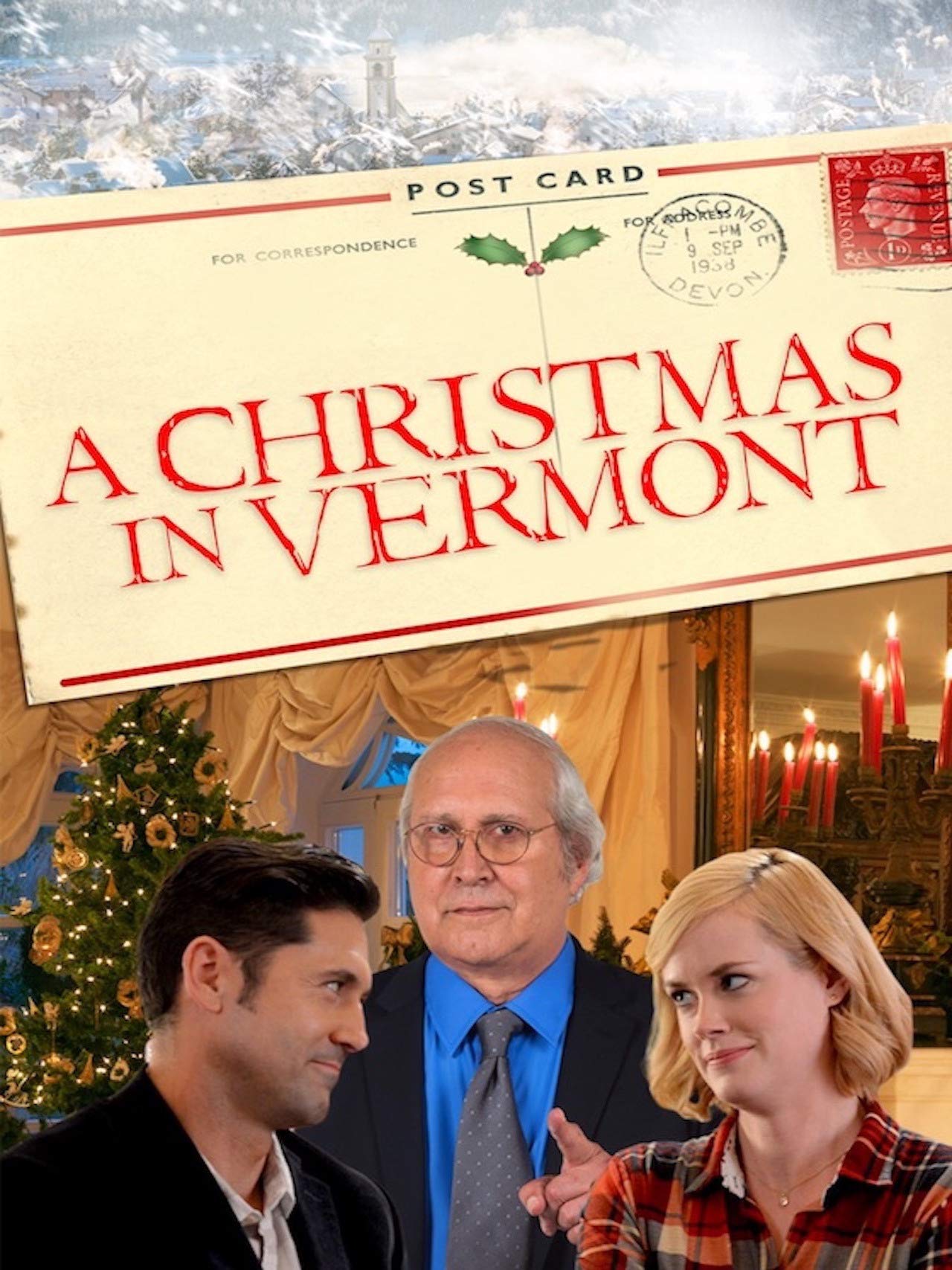 A first glance, we know what we’re getting into with this one. This movie is the one where a ruthless business person is taught the true meaning of Christmas (and probably falls in love in the meanwhile). The one and only Chevy Chase plays the cutthroat NYC holdings company owner who has no regard for the small businesses he owns, he only cares about the bottom line. Our protagonist Riley, played by Abigail Hawk, is moving up in the holdings company and is sent to Vermont to liquidate a family-run outerwear company that is the heart of a small town. She keeps her true intentions a secret and allows the townspeople — and handsome CEO — to believe that she’s there to help.

This movie suffers from poor dialogue and stiff acting, as do most of these holiday movies. Morgan Fairchild makes a brief appearance as love interest Wyatt’s (David O’Donnell) mother. She looks unlike herself after having what I assume is a lot of cosmetic surgery, and isn’t credited for her work.

Ok, so then Wyatt and Riley are walking down the street of the cutie-cute small town and a baker comes out of one of the stores to give them cupcakes to try. Neither Wyatt or Riley peels the cupcake wrapper. They just bite into them like heathens! It’s bizarre. Who doesn’t peel off the side, at least? What’re y’ll doin. The stroll down to the prototype floor does set the scene, however: this is a small town where people know one another and care for one another. Basically as different from NYC as possible. Again with the “friendly small down, mean ol’ big city” trope. As an urban dweller, that messaging can bite my butt. And their so-called love story is not all that romantic.

Things I like: all of the storefronts and marquees in the town have other Christmas movie titles on them! That’s cute as fuck. Riley is played by Abigail Hawk. She has a lovely “girl next door” look and she’s taller than David O’Donnell, which as a fellow tall woman, I really appreciate. As though tall women can’t fall for men who aren’t taller than they are. I know firsthand this ain’t the case — wink wink to my short exes, still appreciate you, boo.

There are some mildly amusing moments, mostly thanks to Chase: